For Jewish Mormons, hybrid identity seen as no contradiction 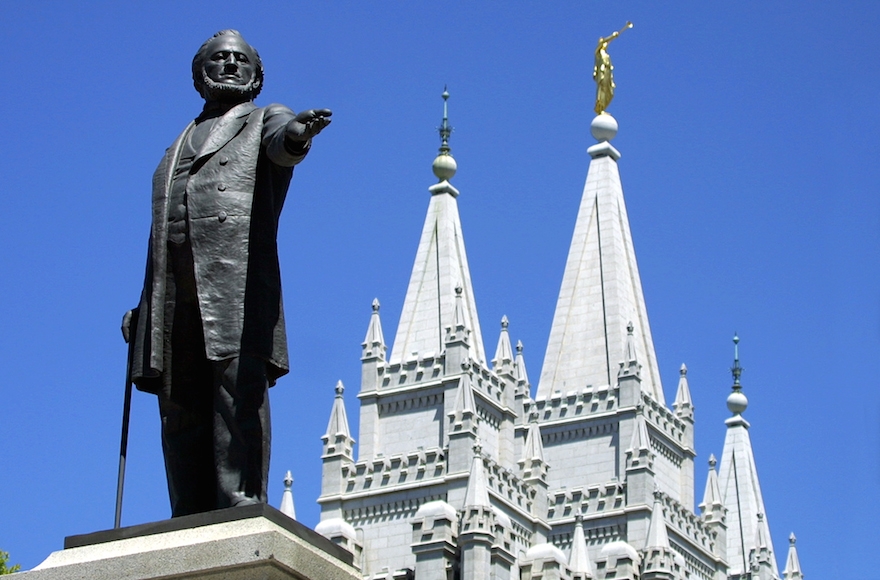 SALT LAKE CITY (JTA) – Phyllis Miller’s experience growing up in Southern California wasn’t much different from that of many American Jews.

The product of an intermarriage — her mother wasn’t Jewish but later converted — Miller’s family attended synagogue occasionally, kept the kids home from school on the High Holidays and ate matzah on Passover.

But Miller’s religious life took an unusual turn in her high school years in San Diego, when she embraced the Mormon church.

After a year of resistance from her parents, she was baptized at age 16 in the Church of Jesus Christ of Latter-day Saints. She later moved to Utah, enrolled in Brigham Young University, married a Mormon and raised six kids as Latter-day Saints, or LDS.

For decades afterward, Miller felt part of her identity was missing. So about 20 years ago, she started celebrating Hanukkah again. Later she found her way to a synagogue seder. These days Miller, 55, often wears her Star of David necklace and every six months she attends the semiannual gathering of B’nai Shalom, a Jewish Mormon group that holds events in this city on the eve of the twice-yearly LDS general conferences.

Make no mistake, however: Miller is still Mormon. She just celebrates her Jewishness, too.

“I still consider myself Jewish,” said Miller, whose grandfather was Larry Fine, one of The Three Stooges. “I feel like I just added on to my faith.”

Miller is among at least hundreds of Jews across North America who have converted to Mormonism yet still practice some Jewish traditions and identify as Jewish. They see no contradiction between the two.

“Being Jewish is my heritage,” Miller said. “It’s not like you can just get rid of it.”

The numbers of Jewish Mormons are difficult to estimate. The B’nai Shalom LDS & Jewish Facebook group has about 450 members. Some 200-400 people usually show up to the group’s March and September gatherings, which typically include a potluck dinner with traditional Jewish foods, a lecture, Jewish music and dancing — and plenty of schmoozing.

Victor Ludlow, a longtime religion professor at BYU who helped launch the Mormon university’s Near Eastern and Jewish studies programs in the 1970s, and has served two five-year terms as an LDS bishop, says the Mormon church smiles upon hybrid Jewish-Mormon identities. Jewish rituals such as Hanukkah lightings and Passover seders are seen as positive cultural rather than religious traditions – as long as the practitioners still believe in Jesus and the Book of Mormon.

“If it doesn’t interfere with their practice as Latter-day Saints, as long as it’s something that’s positive, that enriches their lives, there’s no problem with them. In fact, they’re encouraged,” said Ludlow, who is retired. “And there are enough commonalities between the two cultures that sometimes it’s not as much as a cultural shock for Jews to become Mormons as it is for Christians.”

READ: At kosher ski restaurant in Park City, an avalanche of challenges

Among those commonalities, according to Ludlow, are that both peoples are bound by a covenant, are or have been led by living prophets, build temples and observe dietary laws. Both religions use the word gentile to describe people outside the faith. In Utah, which has a Mormon majority, it is the Jews who are the gentiles. 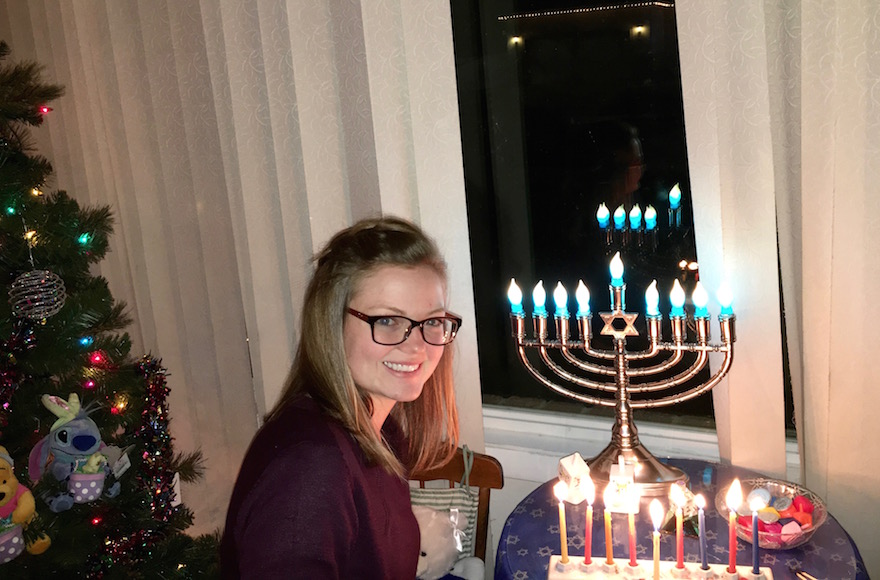 Mormons also feel a kinship with Jews as a people persecuted for their faith. Mormons cite the hostility of American Christians, especially in the decades following the religion’s founding in 1830 by Joseph Smith, as echoing the Jewish experience.

That’s all cold comfort for the parents of Jews drawn to the Mormon church. When Mitch Cowitz, a native of Toronto, told his Jewish parents he was interested in converting to Mormonism, they were aghast, insisting he meet with rabbis and someone from an anti-cult group.

“They did everything but try to disown me,” Cowitz recalled.

They failed. Cowitz was baptized at age 21. Though he’s now a Mormon bishop, he says he hasn’t left Judaism. Cowitz lives in Thornhill, a heavily Jewish neighborhood of Toronto, and still celebrates many Jewish holidays. He also closely follows news from Israel.

“It’s my people. I consider it my land as well. I still consider myself Jewish,” said Cowitz, 50. “But I believe that the Book of Mormon is God’s word that has been revealed in these modern days. That’s what originally spoke to me. And the whole concept of Jesus Christ as the messiah.”

In an interview with JTA, a few commonalities in the experiences of Jews who convert to Mormonism emerged: The individuals tend to be from relatively assimilated or mixed-faith families, grew up in locales without a strong Jewish community, discovered the Mormon church through friends and had their crucial first encounter with Mormonism in their formative late-teen years. All encountered parental resistance. Many cited the Mormon focus on family as one of the faith’s most attractive elements.

Jason Olson, a U.S. Navy chaplain serving in Japan, is the son of a Jewish mother and Lutheran father. Growing up in Phoenix, he went to Reform Hebrew school, had a bar mitzvah and observed Jewish holidays, but his family also celebrated Christmas and Easter. That confused him, and prompted a religious quest that led him eventually to Mormonism, thanks to some LDS friends in high school.

Those were difficult years, Olson recalls.

“I had privately embraced Jesus as the messiah, but I was still outwardly living a Jewish life and struggling with my identity,” he said.

Though he kept studying with rabbis, they couldn’t shake his convictions, and at 18 he was baptized. But that was hardly the end of Olson’s Jewish road. When it came time to serve his requisite tour as a Mormon missionary, he was sent first to New Jersey and then to the Orthodox Jewish stronghold of Monsey, New York. His encounters there rekindled his interest in Judaism and prompted soul-searching that eventually led him to spend several months living in Israel.

For college, Olson went to BYU and majored in Hebrew Bible. After graduation he enrolled in a doctoral program in Near Eastern and Judaic Studies at Brandeis, the Jewish-sponsored, nonsectarian university in suburban Boston. Eventually Olson became a Navy chaplain – as a Mormon. But Olson, 30, still considers himself Jewish.

“In religious practice, I’m a Latter-day Saint, but I still embrace Jewish traditions,” Olson said in a telephone interview from Japan. “I still will light Hanukkah candles and have a Passover seder. I feel it’s part of my religious and cultural heritage. I personally don’t see any contradiction between Jewish tradition and the Christian faith that I have embraced.”

Aside from converts like Olson, there are thousands more Jews who have embraced Mormonism and no longer identify as Jewish, according to Ludlow, who has been dubbed the “Passover Patriarch of Provo” for hosting several traditional seders every year — mostly to teach Mormons about the Exodus story and Jewish traditions.

“There’s hardly a Mormon congregation between Boston and Washington, D.C., that doesn’t have some Jewish individuals who have converted to the church,” said Ludlow, who was born and bred in the LDS church.

Harold Levy, 67, a retired teacher in California who converted to Mormonism at 36, says he has come to appreciate Judaism more in the decades since his baptism. Now he studies Judaism and even went to Chabad for services last Rosh Hashanah.

“I used to take Judaism for granted,” said Levy, who is deaf and communicated with JTA through instant message. “Now I understand Judaism much better and enjoy it more. I am a member of LDS, but inside I am still Jewish.”