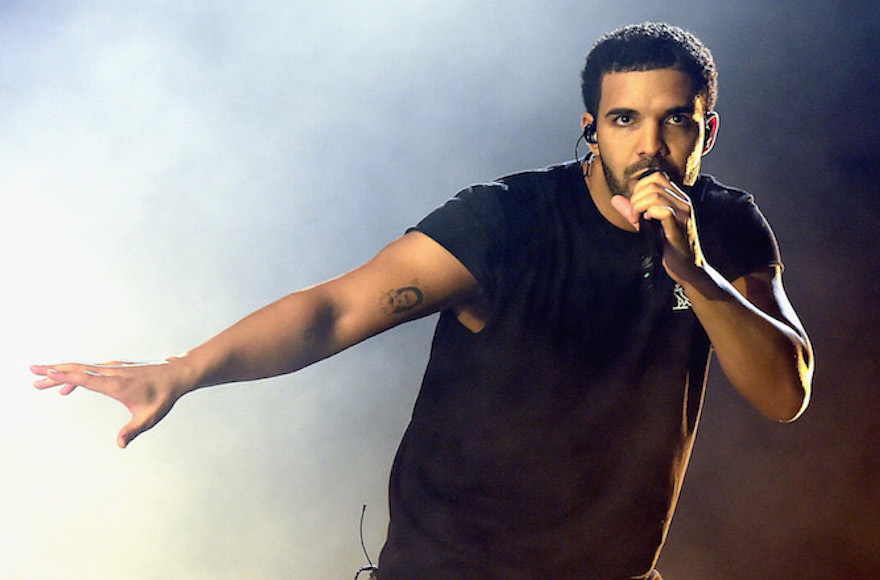 (JTA) — Drake made a surprise appearance at a bat mitzvah in New York City.

The popular Jewish rapper sang and danced with the unnamed girl on Saturday night at the Rainbow Room in Manhattan, according to Stereogum. Several videos of the performance were posted on social media.

Drake performed several songs, including “Back to Back” and “Summer Sixteen” from his upcoming album “Views from the Six” and his portion of a remix of Fetty Wap’s “My Way.” He invited the bat mitzvah to sing with him on his hit “Hotline Bling.”

Drake performing “Back To Back” at a bat mitzvah last night in NYC. pic.twitter.com/6Sb02JknxQ

In 2011, Drake charged $250,000 to perform at the bar mitzvah of the son of Jeff Zucker, then the president of NBC Universal.

The rapper, who is nicknamed Drizzy, is the son of a Jewish mother and an African-American father. He attended a Jewish day school in Toronto and had a bar mitzvah. He spoofed his own bar mitzvah on a “Saturday Night Live” episode two years ago.