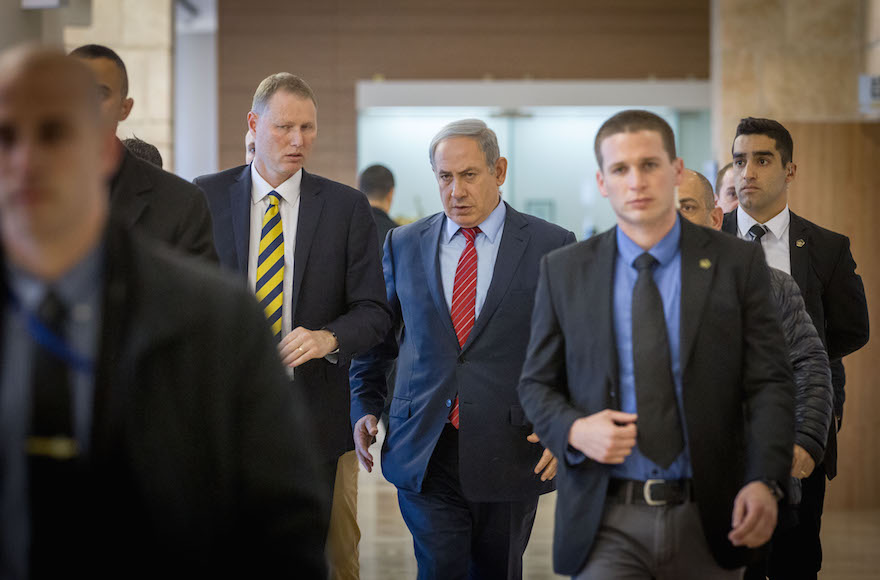 JERUSALEM (JTA) — Israeli Prime Minister Benjamin Netanyahu met in Jerusalem with leaders of the American Reform movement, who thanked him for the decision to expand the egalitarian prayer section at the Western Wall.

The leaders, in Israel for the annual meeting of the Central Conference of American Rabbis, the Reform movement’s rabbinical organization, met with Netanyahu on Monday, according to a statement from the Prime Minister’s Office sent to Israeli news organizations.

The Reform delegation told the prime minister that the movement is committed to supporting Israel, but said it expects the Israeli government to advance pluralism, religious freedom and equality, the statement said, according to Israeli news outlets.

Earlier this month, Netanyahu slammed statements by government ministers and lawmakers disparaging liberal streams of Judaism in the wake of the Cabinet’s approval to expand the egalitarian section at the Western Wall.

“I reject the recent disparaging and divisive remarks by ministers and members of Knesset about Reform Jews,” Netanyahu said in a statement issued Wednesday. “Reform and Conservative Jews are part and parcel of the Jewish people and should be treated with respect.”

Following the vote Moshe Gafni, a haredi Orthodox lawmaker who chairs the Israeli Knesset’s powerful Finance Committee, said he would not recognize the decision and called Reform Jews “a group of clowns who stab the holy Torah.”

Reform leaders in the U.S. canceled a meeting last week with Tourism Minister Yariv Levin, a secular lawmaker from the Likud party who disparaged the Reform movement during a discussion of the agreement.