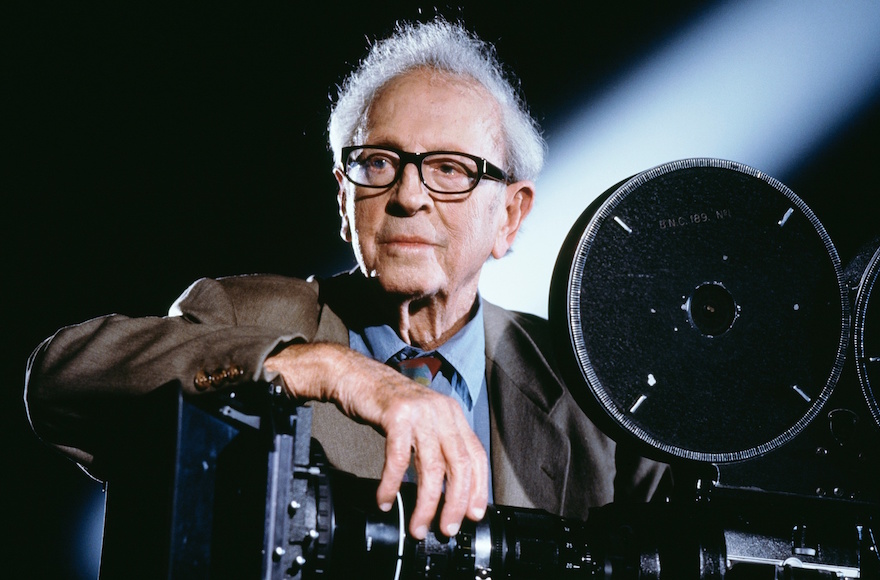 (JTA) — Douglas Slocombe, the acclaimed British cinematographer who filmed the Nazi invasion of Poland, has died at 103.

His daughter said his death Monday was due to complications related to a fall, according to The Associated Press.

Slocombe filmed the German army invading Poland in 1939, generally seen as precipitating World War II, at the start of his varied career, which he capped by lensing Steven Spielberg’s “Indiana Jones” franchise.

In his 20s and working as a freelance photographer, Slocombe read a headline about the pending invasion and took a train to Poland, where he met up with documentary filmmaker Herbert Kline.

“I found myself right in the middle of an absolute hotbed of Nazi intrigue,” Slocombe told the BBC. “All the Jewish shops had ‘Jude’ daubed over the windows and the Jews themselves were attacked. The Nazi Brownshirts marched up and down the streets in formation — as did the Hitler Youth, with little daggers in their socks.”

Slocombe and Kline traveled around Poland by nighttime train. Once, Slocombe recalled, they crawled under the train with their camera equipment to avoid strafing by Nazi airplanes.

He never forgot filming a young girl being gunned down.

“She died within minutes,” Slocombe later said. “I hated it. It was the first time I’d filmed anything like that. She was so young and pretty.”

Kline used Slocombe’s footage in his 1940 documentary about the outbreak of war, “Lights Out in Europe.”

Slocombe, who was born in London and raised in Paris, shot some 80 films, starting with the Ealing black comedies of the late 1940s and early 1950s and ending with three “Indiana Jones” films for Spielberg.

“Dougie Slocombe was facile, enthusiastic, and loved the action of filmmaking,” Spielberg said, according to the Washington Post. “Harrison Ford was Indiana Jones in front of the camera, but with his whip-smart crew, Dougie was my behind-the-scenes hero for the first three Indy movies.”

Slocombe was nominated for three Academy Awards and won three British Academy of Film and Television Arts Awards for “The Servant” (1963), “The Great Gatsby” (1974) and “Julia” (1977). The British Society of Cinematographers gave him a lifetime achievement award in 1995.