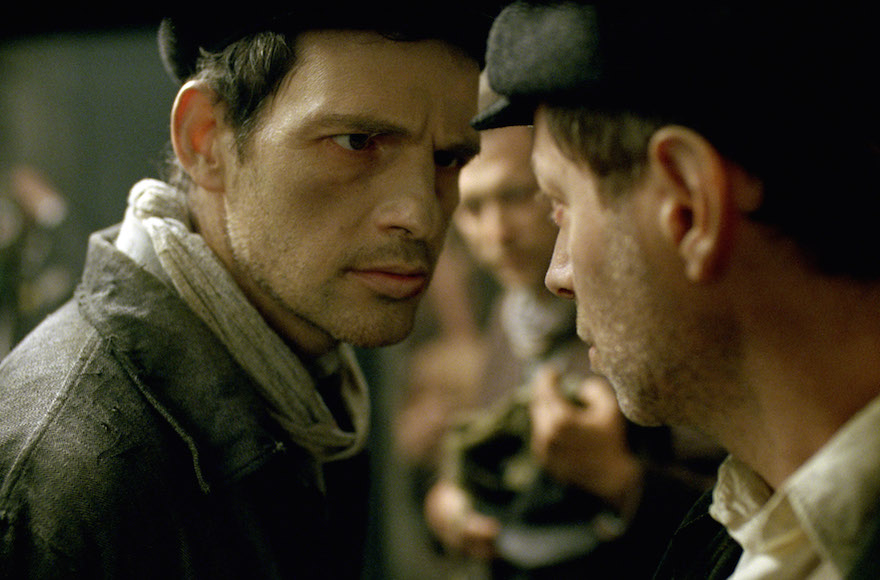 LOS ANGELES (JTA) — A Hungarian Holocaust drama, a documentary about a sultry Jewish rock star who died too young and a film about an investigation of church sex abuse led by a Jewish newspaper editor won Academy Awards.

“Even in the darkest hours of mankind, there might be a voice within us that allows us to remain human. That’s the hope of this film,” Nemes said in accepting the award at the annual Oscar ceremony in Los Angeles.

“Son of Saul,” which was partly financed by the Claims Conference, is the second consecutive Holocaust film to win in the foreign film category. In 2015, “Ida,” about a young soon-to-be nun who learns her parents were Jews killed during World War II, won for Poland.

Set in Auschwitz in 1944, “Son of Saul” tells the story of Saul Auslander, a Jewish inmate forced to escort his fellow prisoners to the gas chambers and help to dispose of their remains. The title role is played by Geza Rohrig, a Hungarian poet and observant Jew who now lives in New York.

Other Jewish-themed winners included the documentary feature “Amy,” a British film about singer-songwriter Amy Winehouse, described by her brother as “a little Jewish kid from North London with a big talent.” Her meteoric career and tortured life were cut short at 27 through drug abuse and alcohol poisoning.

Michael Sugar won the Oscar for best picture as co-producer of “Spotlight,” the story of the Boston Globe investigative team led by Jewish editor Marty Baron that exposed sex scandals in the Catholic Church. Baron’s status as the “outsider” of the Globe’s investigation, marked by everything from his quiet demeanor to his non-Christian background, is an underlying theme of the film.

“This film gives a voice to survivors, and this Oscar amplifies the voice which we hope will become a choir that will resonate all the way to the Vatican,” Sugar said in accepting the prize. “Pope Francis, it’s time to protect the children and restore the faith.”

Other Jewish winners included Josh Singer (with Tom McCarthy) for best original screenplay for “Spotlight,” and cinematographer Emmanuel Lubezki for “The Revenant.” Lubezki won the prize for the third year in a row. American-Israeli Arnon Milchan was the film’s co-producer.

Veteran Academy Award observers noted the absence of the old-time Jewish jokes at the ceremony, as when emcee Bob Hope once lamented that in his house the Oscar award ceremony was known as “Passover.” It was left to brash comedienne Sarah Silverman, one of the award presenters, to uphold the tradition by squeezing the word “mishegas” into her few sentences and referring to James Bond’s supposed preference for women with “heavy Jewish boobs.”