Clinton and Trump surge on Super Tuesday, but rivals remain 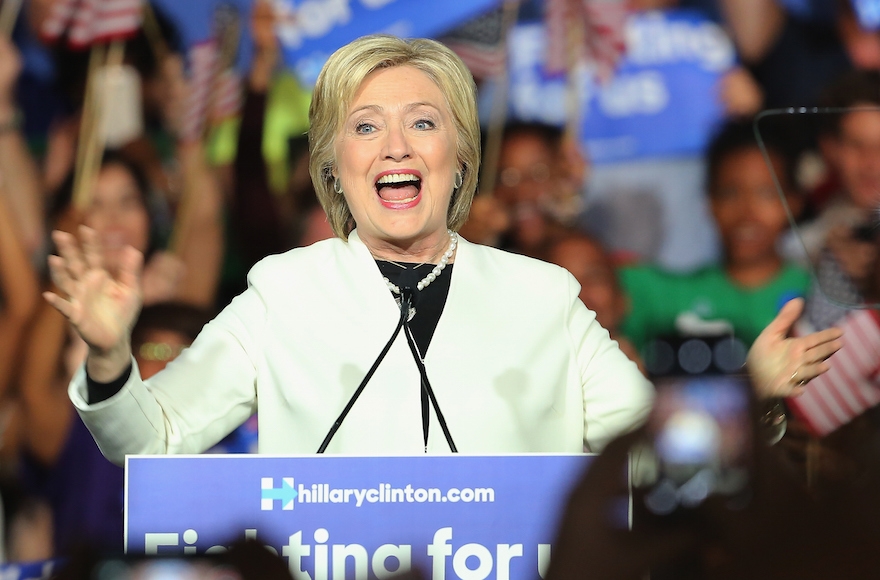 Sanders, who has mounted a surprisingly strong challenge to Clinton, won not only his home state of Vermont but also Oklahoma, Minnesota and Colorado – denting Clinton’s argument that he would not perform well out of his playing field.

Sanders made history last month when he became the first Jewish candidate to win a primary, in New Hampshire.

Trump won in Arkansas, Tennessee, Vermont, Massachusetts, Georgia, Alabama and Vermont. But Cruz pulled out victories in Texas, his home state, neighboring Oklahoma and Alaska. Cruz had said he would quit if he could not win Texas, but he defeated Trump there, 42 to 28 percent.

Trump and Clinton had hoped Super Tuesday, the day with the most contests, would be determinative and clear the field. It was not to be.

Cruz vowed in a speech late Tuesday to keep fighting, and called on other rivals, Sens. Marco Rubio, R-Fla., Ohio Gov. John Kasich and retired neurosurgeon Ben Carson to end their campaigns so he could confront Trump on his own.

Targeting Trump for deviations from GOP orthodoxy, Trump mentioned the real estate billionaire’s insistence that he would remain neutral in brokering Israeli-Palestinian peace.

“Donald Trump pledged to be neutral between Israel and the Palestinians. As president I will not be neutral,” Cruz said. “I will stand unapologetically with the State of Israel.” He also again pledged to “rip to shreds” of the Iran nuclear deal on his first day in office.

Rubio won the Minnesota caucuses, his first victory since the nomination race began. He has vowed to stay in the race at least until his home state of Florida votes on March 15.

Rubio and Cruz both mentioned in explaining why they were sticking it out Trump’s equivocation over the weekend in rejecting the endorsement of David Duke, a former leader of the Ku Klux Klan.

“How many times are you supposed to disavow?” he asked, clearly frustrated by the question.

Trump had disavowed Duke on Friday at a news conference, but resisted doing so despite repeated opportunities in a CNN interview on Sunday. An hour or so after the interview, Trump disavowed Duke again.