Day camp drama: Why can’t I find a Jewish program for my kids? 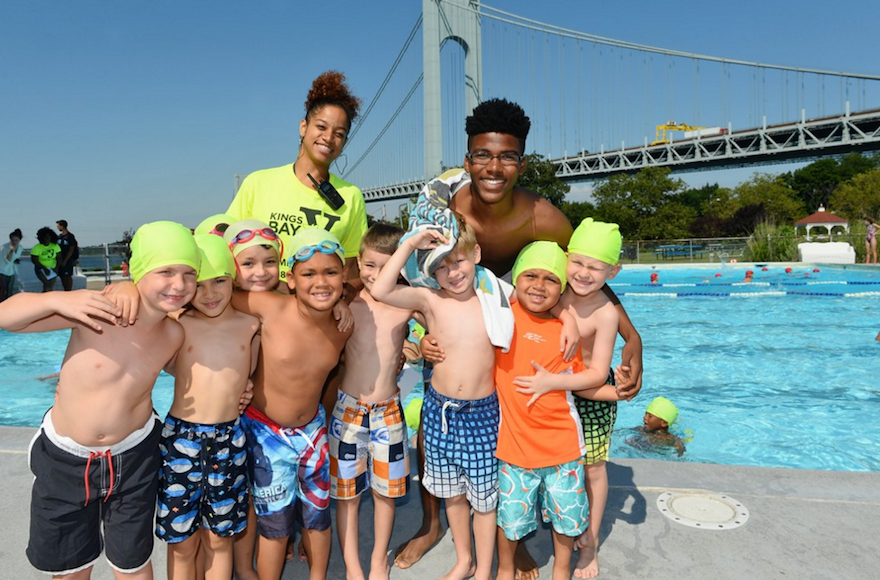 NEW YORK (JTA) — I live in New York, one of the most Jewish cities in the world, and yet I reside in a pocket that has few options for Jewish life.

I love my western Queens neighborhood, where my husband and I have lived for more than a decade. The community is great — it’s the kind of place where we babysit each other’s kids — and it’s an easy commute to Manhattan.

But one thing I’ve despaired: the limited Jewish infrastructure. And never do I feel the pain of this more acutely than this time of year, when summer plans are being made. It’s my dream to send my kids, ages 5 and 8, to a Jewish summer camp. But this always seemed impossible, due to a combination of high cost and inconvenience.

I am a huge advocate of Jewish summer camp. Yes, there are the studies that show camp fosters a strong Jewish identity. That’s important. But for me, the lasting benefit of camp has been friendships, which have endured three decades and counting.

Giving my kids a similar experience has been my goal, one I’ve harbored since before they were even conceived. So the reality of my situation — Jewish day camps are not at all convenient to get to and, and in some instances, are more than double the cost of my local offerings — has been difficult to bear.

But this year will be different: I will send my boys to Jewish day camp, I vowed. And as I pleasantly discovered, my family has more options than I first realized.

READ: Camp should be about fun and friends — not building resumes

My first call was to UJA-Federation of New York, where I spoke with Elise Slobodin, the director of planning for UJA’s Caring Commission, and Abigail Pick, a planning associate. Both were sympathetic to my cause.

Last year, UJA-Federation helped provide camp scholarships to 7,000 kids. The way it works, Pick explained, is that UJA allocates funding to various agencies, which in turn dispense scholarships to individuals.

Celebrating Shabbat outdoors — like these campers at Camp Havaya in the Ayanot Youth Village in central Israel in 2012 — is a hallmark of Jewish camp. (Courtesy of Camp Havaya)

“In New York, the cost of living is so high,” Slobodin said, citing a study indicating that the “self-sufficiency standard” for a family of four in Queens is $76,376 — and that’s just for the basics, no extras. “We understand. That’s exactly what our agencies are sensitive to: the cost of living.”

However, UJA’s scholarships are primarily intended for the poor and near-poor. Thankfully, my family is neither. But Pick counseled me to remain positive.

“I think camps really try to find a way to make it easier — whether they’re poor, near-poor or middle-income — to find a way,” she said.

Slobodin suggested that I — or anyone looking exploring day camp options — contact UJA’s J11 information and referral center, which points people to the nearest Jewish agency that runs a summer camp.

In my borough, the closest facility is Central Queens Y. It’s less than five miles from my home, but due to the realities of city living, still about a half-hour commute — in the opposite direction from my office. It just isn’t a workable solution for my family.

However, a new(ish) camp had previously escaped me: the Kings Bay Y’s outpost in Williamsburg, Brooklyn, about three miles away. Like many of the city’s Jewish day camps, they bus kids to an offsite, outdoorsy location — in this case, the relatively close Fort Hamilton Army Base in Brooklyn. (This has been another deterrent — my kids could face a long commute to a JCC or a Y, only to endure a second long commute to a suburban camp site.)

“We are growing tremendously,” he said. “There’s a huge need.”

This summer will be the Y’s third busing kids from the Williamsburg location, which opened in 2013 with the aim of serving areas with little Jewish infrastructure.

“In those neighborhoods, there are tons of private camps, but Jewish-wise, there’s nothing,” he said. “Jewish is not always sexy. It has to be presented in a way that’s sellable; we have to show the parents this isn’t scary. This is engaging, fun and based on culture and values.”

This is exactly what I want. And yet, there’s the price: $3,050 for the “full” summer (June 29 to Aug. 19). That’s a steal compared with some other Jewish camps in the city, which can run to $3,950 at the Central Queens Y and $6,250 for the 92nd Street Y in Manhattan — and that’s not including fees for pre- or post-camp programming, a necessity for those with full-time jobs.

By contrast, a full season at my local YMCA is $1,950 and a short walk from my house. And the summer program at the neighborhood Catholic parish, where I’ve previously sent my kids, is even less.

The programs differ, of course. Every day at the parish center, my boys swim at the indoor pool, kick some balls around, play board games — and, well, from what I can tell, that’s about it. Special trips are of the walk-to-7-Eleven-for-Slurpees variety.

The Kings Bay Y offers stuff like archery and field trips to water parks. It sounds amazing, but could we swing it financially?

Zeltser explains that in addition to a scholarship grant from UJA-Federation, “the goal is not to leave a kid without camp.”

My family’s financial situation has recently changed for the better, and I’m grateful for that. But I wondered: Would we qualify for assistance? Do we even need it, or are we just being cheap? Should this money be spent on the camp experience I claim to so desperately want, or is it better spent on, say, a vacation, where we can make memories as a family? 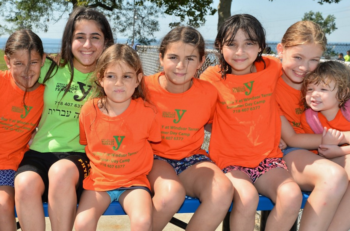 My final conversation was with Jeremy Fingerman, the CEO of the Foundation for Jewish Camp, which two years ago established a task force to expand its mission to day camps.

“We saw this was an important trend,” he said. “The earlier we can connect someone to a positive Jewish experience, the better it is, the more Jewish choices their parents will make throughout their lives.”

The foundation has launched several new day camp initiatives, including a specialty day camp incubator. Its focus, however, is on developing amazing programs — not necessarily affordability. But the issue is on its radar and the foundation is searching for solutions.

“Many are addressing affordability by having shorter sessions,” Fingerman said. “We don’t know how many days or weeks of camp you need in a given summer to have it stick, to be a great experience. But some is better than none.”

And with that, the clouds above me parted: Why was I looking at this as an entire-summer thing? While we may not have the money — or choose to spend it — for our kids to attend Jewish camp the entire summer, certainly we can cough up the extra cash and commute time for a few weeks.

Such a plan is actually de rigueur.

“It used to be the whole camp, eight weeks,” Zeltser said. “Now, with all the specialty camps, kids are jumping. It’s the thing to do.”

So while my reporting didn’t unearth any new scholarships for middle-class New Yorkers, it did give me a new way to view my predicament.

For part of this summer, our kids will go to “Catholic camp,” as I like to call it. (It’s actually nonsectarian.) There they will have the kind of no-frills experience every kid should enjoy. Plus it strengthens my boys’ ties with other neighborhood kids, which is important to us.

For the other part of the summer, we’ll spring for Jewish day camp. Perhaps it will be at the Kings Bay Y; perhaps they will stay a week or two with the grandparents in Michigan (call you later, mom!) and take advantage of the JCC of Ann Arbor’s Camp Raanana — an outdoorsy, budget-friendly program that’s convenient to my parents’  home.

I’ve come to realize that just because my kids will attend a Jewish program for just a portion of the summer, that doesn’t make it less valuable. They’ll still be doing what I fantasize about them doing: playing outside, learning Israeli dances and singing Shabbat songs with new, Jewish friends.

And the combination of both those experiences is something I feel really good about.