Mark Zuckerberg is the world’s richest Jew, according to Forbes billionaire list 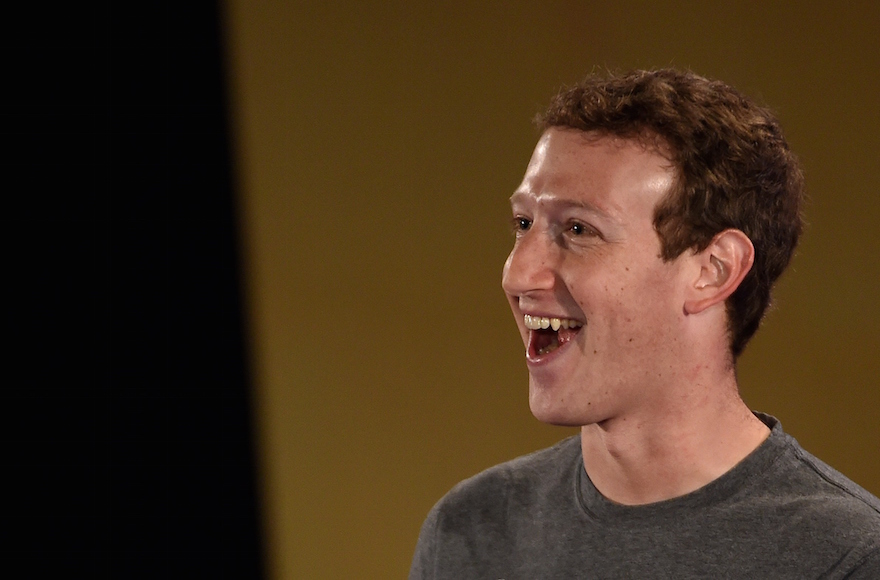 (JTA) — Mark Zuckerberg is the sixth richest person in the world, and the richest Jew, after accumulating more wealth than anyone else in the past year.

Eleven of the 50 richest people in the world are Jewish, according to the 30th annual Forbes billionaires list released Tuesday. The list features five Jews in the top 15 and seven in the top 25 spots.

Zuckerberg, 31, added $11.2 billion to his net wealth, giving him a total fortune of $44.6 billion and moving him up to No. 6 on the list from No. 16 last year. The surge sends the Facebook founder past last year’s richest Jew, Oracle CEO Larry Ellison, and runner-up, former New York City Mayor Michael Bloomberg.

Ellison is seventh on the list, with a net worth of $43.6 billion, followed by Bloomberg, with $40 billion. Ellison’s net worth dropped over $10 billion, from $54.2 billion last year, while Bloomberg’s wealth increased from about $35.5 billion.

Zuckerberg, who is still one of the youngest billionaires, announced last December that he and his wife, Priscilla Chan, will donate 99 percent of their shares in the social media company over the course of their lifetimes.

Google co-founders Larry Page and Sergey Brin are Nos. 12 and 13 on the Forbes list with $35.2 billion and $34.4 billion, respectively.

Sheldon Adelson, the casino magnate and influential Republican donor, saw his wealth drop to $25.2 billion from $31.4 billion last year, falling to No. 22 on the list.

Sheryl Sandberg also makes the cut with a net worth of $1.2 billion. The influential Facebook COO and “Lean In” author donated about $31 million of Facebook stock to multiple charities earlier this year.

The non-Jewish Bill Gates remains at the top of the list — where he has been for the past three years, and 17 of the past 22 — with a net worth of $75 billion.