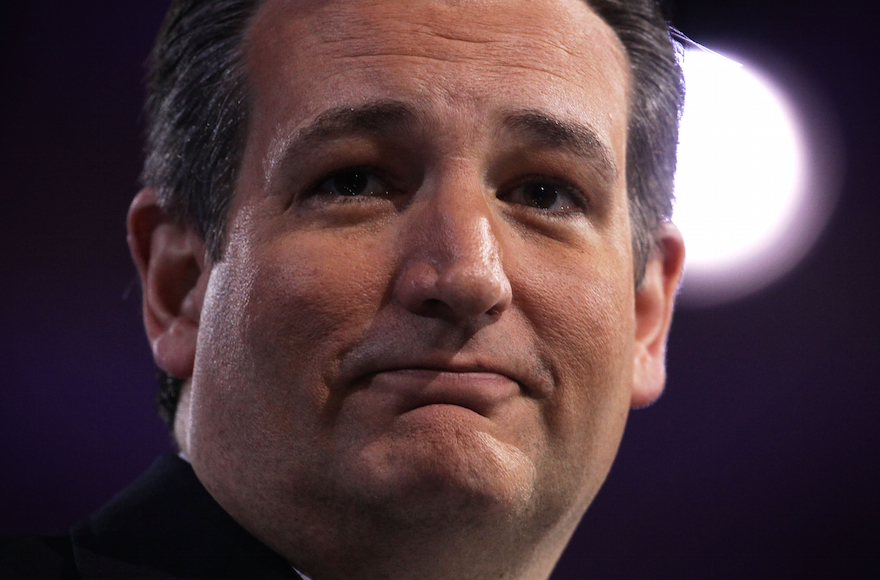 Among the Democrats, Bernie Sanders also picked up two states in nomination contests on Saturday, but it wasn’t enough to reduce the delegate lead of Hillary Rodham Clinton, who won one state.

Cruz, a Texas senator, defeated Trump, a billionaire real estate magnate, in Kansas and Maine, while Trump won contests in Louisiana and Kentucky.

The victories distinguished Cruz from the two other Republican challengers, Sen. Marco Rubio, R-Fla., and Ohio Gov. Kasich. Cruz has now won six states to Trump’s 12, while Rubio has only one state in his column and Kasich none.

Cruz bested Trump by wide margins in the states he won; the margins were much tighter in the Trump victories.

Mitt Romney, the 2012 candidate, on Thursday urged voters to vote for anyone but Trump.

In Louisiana, Trump eked out a victory with the help of early voters; ballots could be cast in the state from Feb. 1. Cruz led among late deciders, according to the FiveThirtyEight polling analysis website.

Trump ended the day with 378 delegates, Cruz has 295, Rubio 123 and Kasich 34, according to The New York Times count. To win the nomination, a candidate must reach 1,237 delegates.

The next big contest for Republicans is in Michigan on Tuesday. Rubio and Kasich face do-or-die contests in their home states, Florida and Ohio respectively, on March 15.

Sanders picked up Nebraska and Kansas in the Democratic voting on Saturday, while Clinton was the winner in Louisiana. Sanders now has seven state wins to Clinton’s 12. He is the first Jewish candidate to ever win nomination contests in a presidential run.

While Sanders won two of the three states in contention for Democrats on Saturday, Clinton was the victor in delegates, 55-47. She now leads in delegates, 1,121 to Sanders’ 479, with 2,383 needed for the nomination. Sanders partisans point out that about 450 of the delegates in the Clinton count are “superdelegates,” party members who have said they prefer Clinton but are free to change their mind come the convention.

Still, Sanders faces a narrow path to victory. Clinton continues to pick up the larger states and does substantially better among minorities. Polls show her with substantial leads in many of the major primary states coming up, including Michigan on Tuesday and Florida on March 15.

Should Sanders accrue more delegates state by state by that time, the superdelegates would be under intense pressure to commit to him.