The Jewish translator behind Elena Ferrante — and Primo Levi 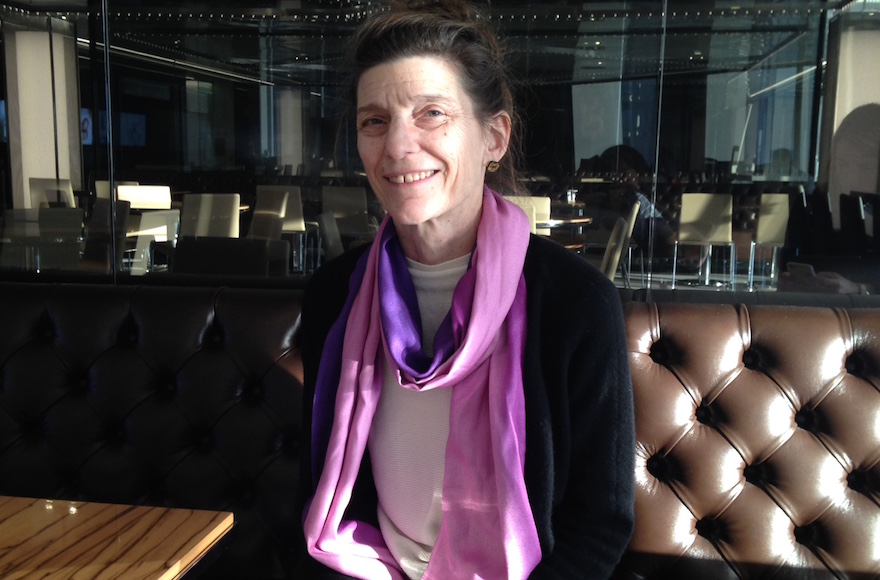 NEW YORK (JTA) — It was back in the fall, at an event at BookCourt in Brooklyn, when translator Ann Goldstein was first asked for her autograph by an eager reader.

Goldstein was caught by surprise. After all, this was before her work appeared on The New York Times list of “100 Notable Books of 2015” — not once, but twice.

In nonfiction, it was for “The Complete Works of Primo Levi,” a three-volume compendium of new translations of the late Italian Holocaust survivor’s 14 books — including “The Periodic Table” and “If This Is a Man.” She had shepherded the behemoth project into being over several years, serving as editor as well as translator of several included works.

In the fiction category, Goldstein grabbed a spot for her translation of “The Story of the Lost Child,” the fourth and final novel in Elena Ferrante’s literary blockbuster Neapolitan series.

Receiving rarely more than a passing line of praise in a book review, translators tend to toil behind the scenes, as authors enjoy the available literary limelight. So for Goldstein — who was profiled recently in The Wall Street Journal  and the Atlantic  — the attention feels “strange,” she tells JTA, sitting in an out-of-the-way spot in the Conde Nast cafeteria on the 35th floor of One World Trade Center.

To an outside observer, however, what’s strange is that the buzz has only just arrived, considering that in addition to her translating work, she has held one of the literary world’s enviable job titles since 1987. Goldstein is an editor at The New Yorker — including of Janet Malcolm, Adam Gopnik and John Updike — and head of what is likely the world’s most well-respected copy department.

“It made you quite attentive,” she adds.

The lively openness Goldstein, 66, brings to conversation doesn’t extend to questions about her personal life, many of which are met with mild antipathy.

Still, Goldstein is far more forthcoming than Elena Ferrante, the pseudonym of the mysterious Italian writer who has ridden out “Ferrante Fever” with the secret of her identity intact.

“I simply decided … to liberate myself from the anxiety of notoriety and the urge to be a part of that circle of successful people, those who believe they have won who-knows-what,” Ferrante said in an extremely rare interview with Elissa Schappell in Vanity Fair.

Even Goldstein doesn’t communicate directly with the author, who uses her publisher as a go-between. Rumors have surfaced repeatedly (only to be discredited) about Ferrante’s true identity, including that it’s Goldstein herself. 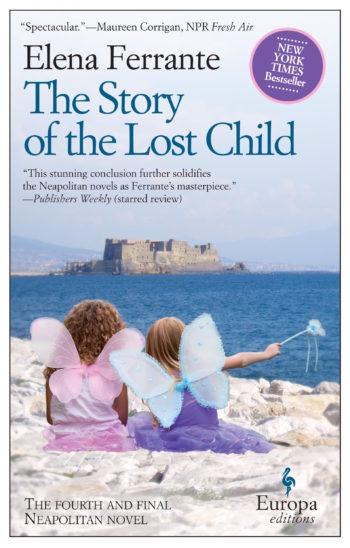 The fourth of Elena Ferrante’s Neapolitan novels, “The Story of the Lost Child,” translated by Ann Goldstein. (Courtesy of Europa Editions)

Long before finding fame, of sorts, Goldstein was first drawn to Italian through the works of Dante. A Jewish girl (albeit one with “no religious education”) with Russian roots, she grew up in Maplewood, New Jersey, and graduated from Bennington College in Vermont. Goldstein says she doesn’t “have an organized background in Italian literature.” In the late 1980s, she studied with a handful of New Yorker staffers who met regularly to learn Italian so together they could read and discuss Dante. This was when “companies would pay for language classes,” she says.

“I like studying all different languages,” says Goldstein, who also knows Latin and Greek, understands French and has “a little German,” plus a smattering of a Jewish Piedmontese dialect with Hebrew roots, thanks to Levi. She wishes that when she was younger, she would have “learned Yiddish from her great-aunts.”

“Just learning a foreign language is something that makes you very attentive,” Goldstein says.

Before working on Levi, “I had read very little Holocaust stuff,” she says, adding that she found the history of Italy in the war fascinating. Inspired by her immersion in Levi’s accounts of what it was like to survive Auschwitz, Goldstein says she now has “more of an interest” in her Jewish roots.

Goldstein is matter-of-fact when she describes how she manages to hold a demanding day job and translate great works in her “spare” time.

“I work on weekends; I work on vacations. I work in bits of time,” she says. “I’ve been going to Italy for about three weeks to a month each year,” preferring summertime in Rome.

Goldstein has five translations slated for publication this year: Jhumpa Lahiri’s Italian memoir, “In Other Words”; Ferrante’s “Frantumaglia”; “The Young Bride” by Alessandro Baricco; “The Street Kids” by Pier Paolo Pasolini, and “Something Written” by Emanuele Trevi.

When in New York, she makes time for city walking, especially from her Greenwich Village home in Lower Manhattan to her office high above the reflecting pools at the 9/11 Memorial Plaza. She has little time to read, but when translating she favors 19th-century English authors: Henry James, PG Wodehouse. When Goldstein spoke with JTA, she was making her way through Maria Eisenstein’s “L’Internata numero 6” (“Internee No. 6”), about a group of women interned during World War II.

This is unsurprising, given the big themes – war, politics, class, friendship – that run deeply through the works she’s translated.

That’s especially true with Ferrante’s magnificent quartet about the societal and historical events that over the course of five decades shape the lives of two friends, Elena and Lila, who strive to push back against these forces to mold their own lives. (In case you haven’t heard “Lila” pronounced aloud, from Goldstein’s lips it’s “Lee-la,” not “Lie-la.”)

At the same time, the Neapolitan series is about class, one that harkens back to a narrative familiar to American Jews — education as a pathway out of poverty.

“The classes are so definite,” she says. “[Elena’s] striving to get to one point … and yet she’s always drawn back.”

But the books also probe what happens to an individual’s identity when she embarks on such a journey.

“There are moments when [Elena] feels that it has taken her away from her roots, her childhood, her pasts,” Goldstein says.

Ferrante “writes about her characters’ experience in a genius way,” she says. “A woman writing an epic — it is unusual.”

As small publishers like Europa bring out translated editions to great acclaim, “It’s great for people to know that there are people behind the scenes doing the work,” says Goldstein, the recipient of a PEN Renato Poggioli Translation Award and a Guggenheim Fellowship.

And, just maybe, we’re approaching a time when the spotlight will be trained on translators. As it happens, two new novels by Jewish writers featuring translators as protagonists have come out this winter: Rachel Cantor’s “Good on Paper“and Idra Novey’s “Ways to Disappear.”

For her part, Goldstein has no plans to write a novel of her own. “Translating is a form of writing,” she says.

In fact, it’s her preferred form. Her priority? “To master translation,” she says.

Of course, according to her ever-growing body of readers, she already has.