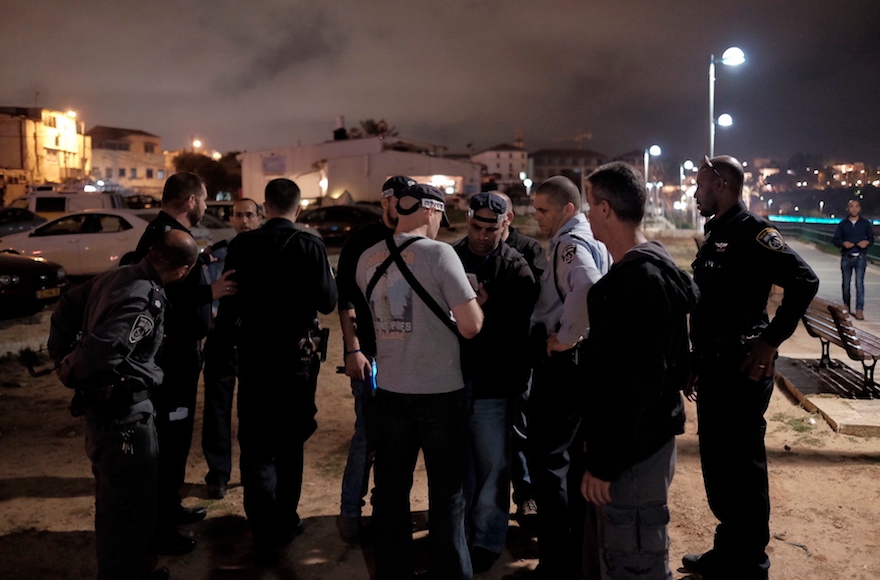 JERUSALEM (JTA) — An American tourist was killed and as many as 10 people were wounded in a stabbing attack at the Jaffa Port in Tel Aviv.

In the attack at the Jaffa Port, four of the injured are reported to be in serious condition and four others in moderate condition, according to Israel’s Channel 2. The attack lasted about 20 minutes in three locations.

The man killed was later identified by police as a U.S. tourist, 29, though no other details were immediately released. The tourist’s wife was among those seriously injured, Ynet reported. A pregnant woman, an Israeli Arab and a Palestinian in Israel illegally were among the injured, Channel 2 reported.

Police said the assailant was “neutralized.” He was later identified by the Palestinian Maan news agency and then by police as a 22-year-old man from the Palestinian city of Qalqilya in the northern West Bank.

At the time of the attack, U.S. Vice President Joe Biden was located less than 2 miles away at the Peres Center for Peace. He is in Israel on a two-day trip.

At the entrance to the Jaffa port, the assailant stabbed two people before attacking others as he moved southward, including near the Dolphinarium Club on the border with Tel Aviv, according to reports. The port is a popular seaside shopping and dining center for Israelis and tourists in Jaffa, the predominately Arab area of south Tel Aviv.

The Tel Aviv-Jaffa municipality vowed to step up security in the wake of the attack.