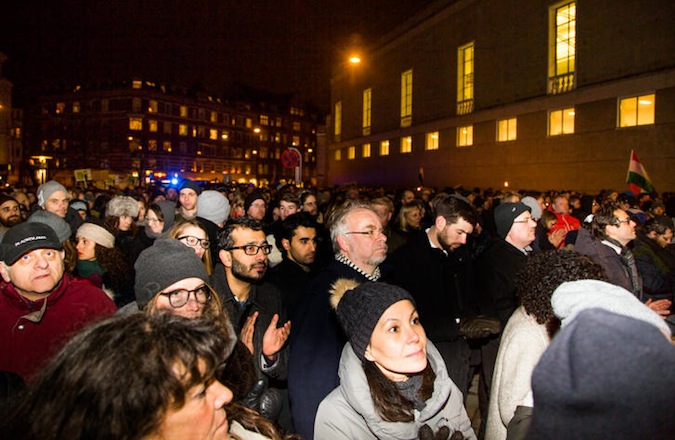 (JTA) — Four men accused of assisting a gunman whose two attacks, including one outside a Copenhagen synagogue, killed two people more than a year ago are set to go on trial.

The four, who allegedly provided ammunition, money and other materials used by the Palestinian-Danish assailant, range in age from 20-31 and are all believed to be Danish citizens, Agence France Press reported.

Omar El-Hussein, 22, died in a shootout with police hours after killing a volunteer security guard outside the synagogue. Hours before the synagogue attack, he fatally shot a patron at a Copenhagen cafe.

The prosecution said it could prove the four suspects were in close contact with El-Hussein in the hours after the cafe attack. Two are also being charged with helping dispose of the gun used in that attack.

The four, who have been detained for approximately a year, could face life in prison if found guilty. A fifth man detained in the case was released in January and the charges against him were dropped.

The prosecution has set aside 30 court days for the trial.

On the day of the attacks El-Hussein, who had been out of prison for only two weeks, reportedly pledged allegiance to the Islamic State group on Facebook, also posting a link to a video of a violent Islamist hymn, according to AFP.