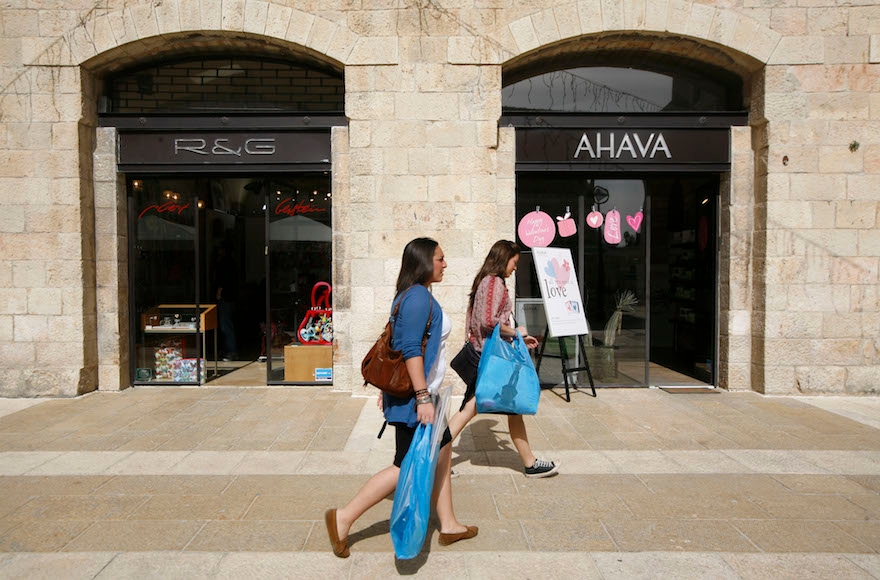 (JTA) — Ahava, an Israeli cosmetics firm whose products are made in the West Bank, confirmed its plan to open a production line on the Israeli side of the 1967 Green Line.

“In light of expanding production needs due the success in marketing Ahava products around the world and expected changes in cosmetic product manufacturing standards in certain Western countries, Ahava will establish an additional plant at Kibbutz Ein Gedi,” Haaretz on Thursday quoted an Ahava spokesperson as saying.

Ahava’s plan to open a plant in Ein Gedi was first reported last year by the Globes daily. The firm did not say whether it intends to have the Ein Gedi plant, which will operate on land internationally recognized as belonging to Israel, replace its current factory in Mitzpeh Shalem on land that is widely considered as occupied Palestinian territory.

Ahava has been a target of the Boycott, Divestment and Sanctions movement against Israel, as well as initiatives targeting only products made by Israelis in the West Bank and other disputed territories, namely the Golan Heights and eastern Jerusalem.

In 2011, Ahava shuttered its London store after months of demonstrations by pro-Palestinian groups. Similar pressures had been applied to SodaStream, the carbonated beverage dispenser manufacturer, which relocated last year from the West Bank industrial zone of Mishor Adumim to the Negev.

Other Israeli exporters that transferred their West Bank operations in recent years to Israel proper include the Barkan winemaker, the Bagel-Bagel pretzel company and the Swedish-owned Mul-T-Lock lock manufacturer.