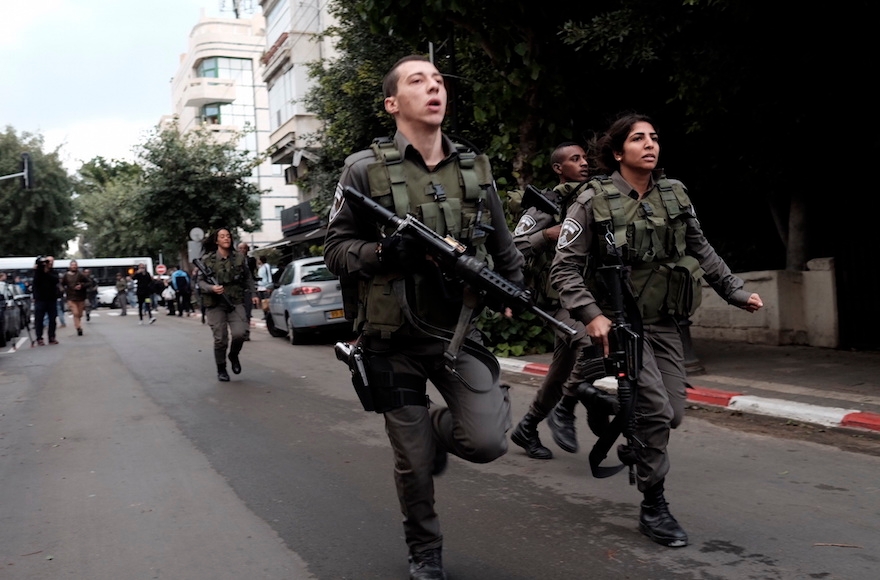 JERUSALEM (JTA) — The Arab Israeli who killed two Israelis in a shooting attack in a Tel Aviv bar on New Year’s Day planned to attack kindergartens in the city, according to a police investigation.

In its report released Sunday, the Israel Police also looked at its failures during the weeklong manhunt for Nashat Milhem, including dismissing a call to the police emergency number reporting a sighting on a public bus heading for northern Israel and the failure to make public a photo of the shooter until 36 hours after the attack.

Milhem, 31, killed two young men and injured six when he shot up a bar in central Tel Aviv on Jan. 1. He then murdered a taxi driver who transported him from the scene of the crime. Milhem was the target of a massive manhunt in Tel Aviv, which then shifted to Israel’s North.

He was killed in a shootout with police near his home in the Umm al-Fahm area a week after the attack.

According to the report, two days after the attack, Milhem had planned to “carry out an attack on Tel Aviv kindergartens,” but the gunman “felt he was being chased” and instead of carrying out the attacks he “focused on survival.”

The report said that calls to report a “suspicious person” increased by more than 600 percent on the day of the attack, which led to the mishandling of a call with concrete information about Milhem.

There was a failure in how emergency centers from different areas of the country share information and the system must be improved, in part by better technology, according to the report.