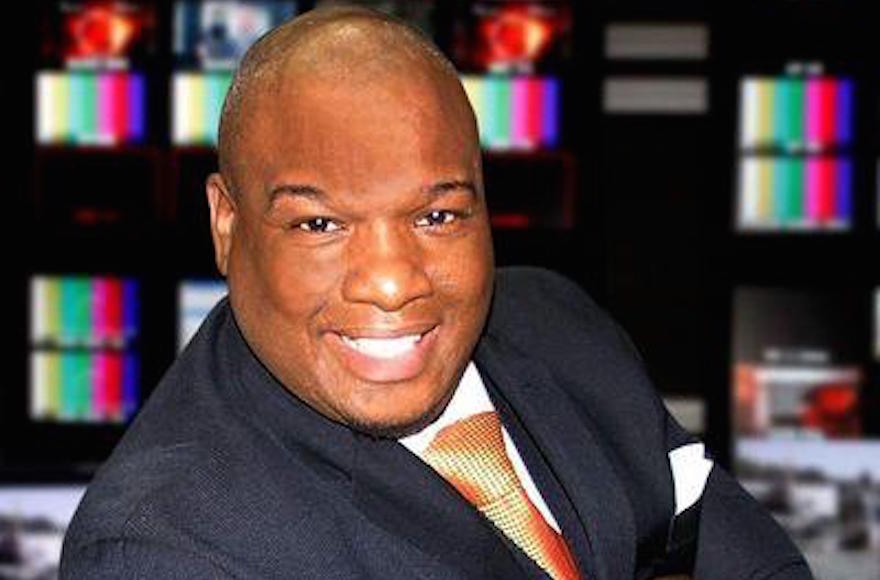 WASHINGTON (JTA) — A surrogate for Donald Trump said Bernie Sanders was an atheist who needed a “come to Jesus” meeting.

Pastor Mark Burns, a televangelist, was warming up a crowd Monday at a rally for Trump in Hickory, North Carolina, a day before primaries in that state and four others.

“Bernie Sanders, who doesn’t believe in God, how in the world are we gonna let Bernie … really?” Burns said as the crowd waited for the arrival of Trump, the front-runner in the Republican presidential race. “He gotta meet Jesus, he gotta have a coming to Jesus meeting.”

Burns did not respond to a query from JTA on Twitter about whether he knew Sanders is Jewish. He later told CNN that his remarks were not aimed at Sanders’ Judaism.

Sanders “is most definitely not a religious-minded individual,” he said. “Obviously, if he was ever elected president he would be the first non-Christian, and that’s not an issue that he is not a Christian, so to speak, so this is not anything bad about the Jewish people.”

Sanders, the Independent senator from Vermont who has mounted a strong campaign for the Democratic presidential nod, has said he embraces a “spirituality” of helping those who are suffering, although he stops short of outright saying he believes in God.

A number of conservative critics have cited Sanders’ embrace of social democracy, a system prevalent in Western Europe that allows for an expansive social safety net, as being a form of “communism.”