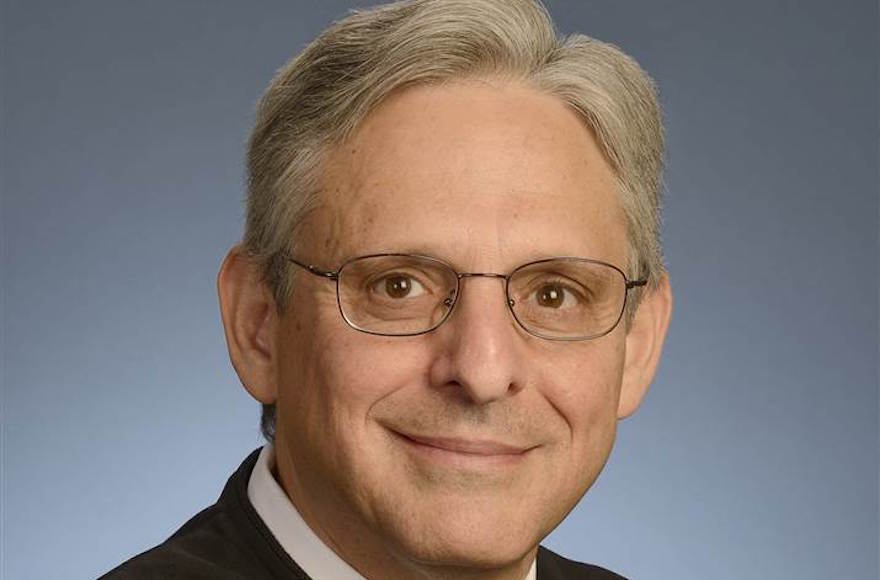 Merrick Garland, chief judge of the United States Court of Appeals for the District of Columbia Circuit (Wikimedia Commons)
Advertisement

NEW YORK (JTA) – President Barack Obama nominated to the Supreme Court a Jewish judge, Merrick Garland, who is currently the chief of the U.S. Court of Appeals for the District of Columbia.

Garland, 63, a Chicago native, has worked in Washington since the 1970s, first as a Supreme Court clerk, then a private lawyer, an assistant U.S. attorney and, since 1997, a federal judge.

Obama made the announcement on Wednesday morning in the White House Rose Garden about his pick to fill the Supreme Court seat held by Antonin Scalia, who died last month. Republicans have vowed to block any Obama nominee, saying the vacancy on the nation’s highest court should be filled by the next president. The U.S. Senate, which is controlled by a Republican majority, must confirm any Supreme Court pick.

“As President, it is both my constitutional duty to nominate a Justice and one of the most important decisions that I — or any president — will make,” Obama said in an email message sent Wednesday saying the announcement would be made at 11 a.m. “I’ve devoted a considerable amount of time and deliberation to this decision. I’ve consulted with legal experts and people across the political spectrum, both inside and outside government. And we’ve reached out to every member of the Senate, who each have a responsibility to do their job and take this nomination just as seriously.”

Garland was named to the U.S. Court of Appeals for the District of Columbia circuit by President Bill Clinton in 1997 and became chief judge in 2013. He reportedly was on Obama’s short list for a place on the Supreme Court when a seat opened up in 2009, but Obama ultimately nominated Sonia Sotomayor.

If confirmed, Garland would be the fourth Jewish justice on the nation’s highest court, which is comprised entirely of Jews and Catholics. The three current Jewish members of the Supreme Court are Ruth Bader Ginsburg, Elana Kagan and Stephen Breyer.

After finishing his Supreme Court clerkship in 1979, Garland became a special assistant to the U.S. attorney general before joining the Washington law firm Arnold & Porter. He later served as an assistant U.S. attorney for the District of Columbia and a deputy assistant attorney general until his appointment as U.S. circuit court judge. Clinton first nominated him in 1995, but the Republican-controlled Senate dragged its feet on confirming him. After Clinton won reelection in 1996 he renominated Garland, and the judge was confirmed in March 1997 by a 76-23 vote in the Senate.