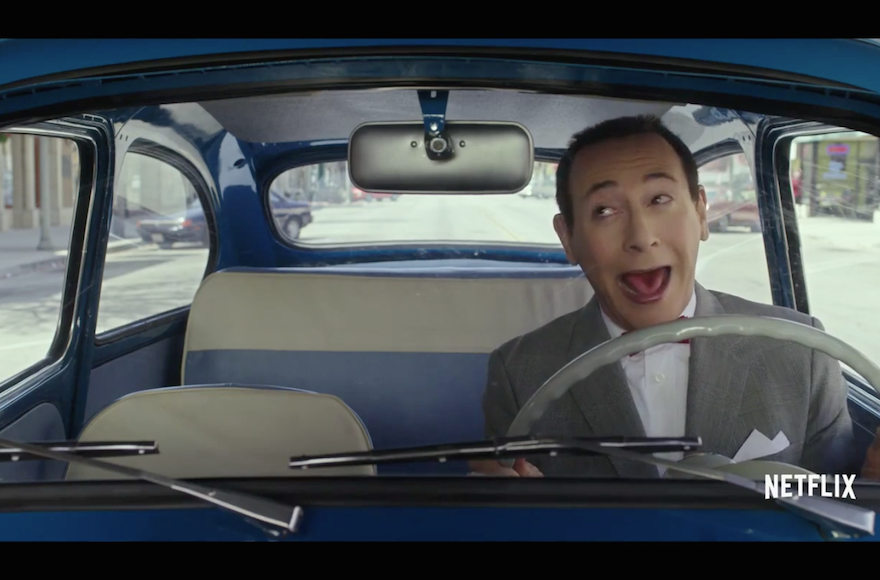 Paul Reubens in a scene from "Pee-wee's Big Holiday" (2016). (Screenshot from IMDb)
Advertisement

(JTA) — Paul Reubens’ comic character Pee-wee Herman is back in a new movie.

“Pee-wee’s Big Holiday,” which debuted at the South by Southwest festival Thursday night, became available Friday to stream on Netflix.

The first Pee-wee Herman movie in 28 years has garnered mostly positive reviews, according to the review aggregator website Rotten Tomatoes. It was co-written by Reubens and produced by fellow Jewish comedian Judd Apatow, who has been behind a long list of successful movies, such as “Trainwreck” (2015) and “Superbad” (2007).

Reubens told The New York Times that he had been trying to resurrect the gleeful, childish character for a long time.

“I stopped doing it for a while because I really felt like I had enough of it. And then I started to feel like there was more to do,” he said.