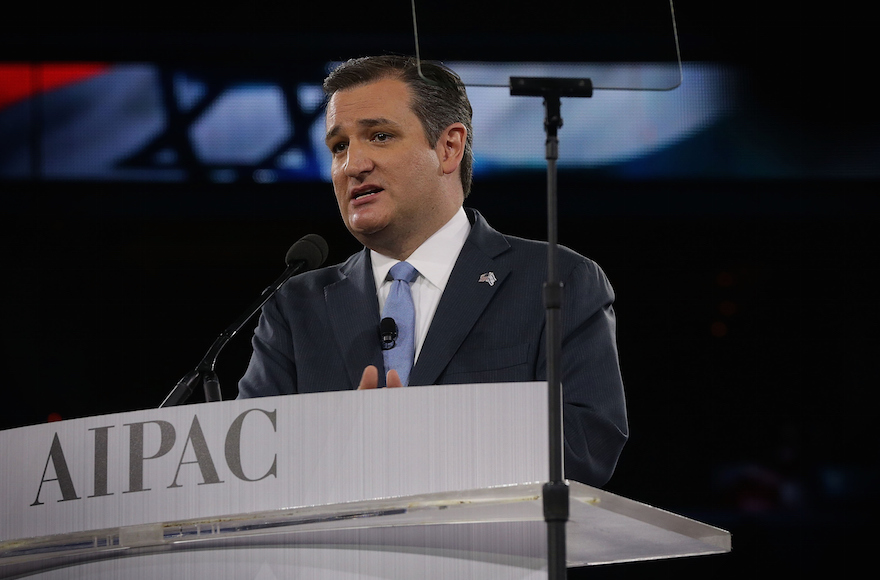 In remarks to American Israel Public Affairs Committee activists in Washington, D.C., on Monday night, Cruz said he would not remain neutral on Israel and would recognize Jerusalem as Israel’s capital — in contrast with positions Trump had adopted that earned criticism from some in the pro-community.

“Let me be very clear,” Cruz said. “As president I will not be neutral.”

Cruz’s broadsides, coming just after Trump had seemed to soften both positions in a well-received address to the conference, earned only polite applause.

Cruz reviewed his history of support for Israel in the U.S. Senate and criticized the Obama administration for its treatment of Israel in recent years, blasting the president for refusing to meet with Prime Minister Benjamin Netanyahu a year ago when the Israeli leader spoke to Congress against the emerging Iran nuclear deal.

Cruz again said he would “rip to shreds” the Iran deal and pledged to go to New York himself, as president, to veto any United Nations Security Council resolution that recognized Palestine as a state outside the context of talks with Israel.

“Indeed, I tell you today I will fly to New York to personally veto it myself,” Cruz said.