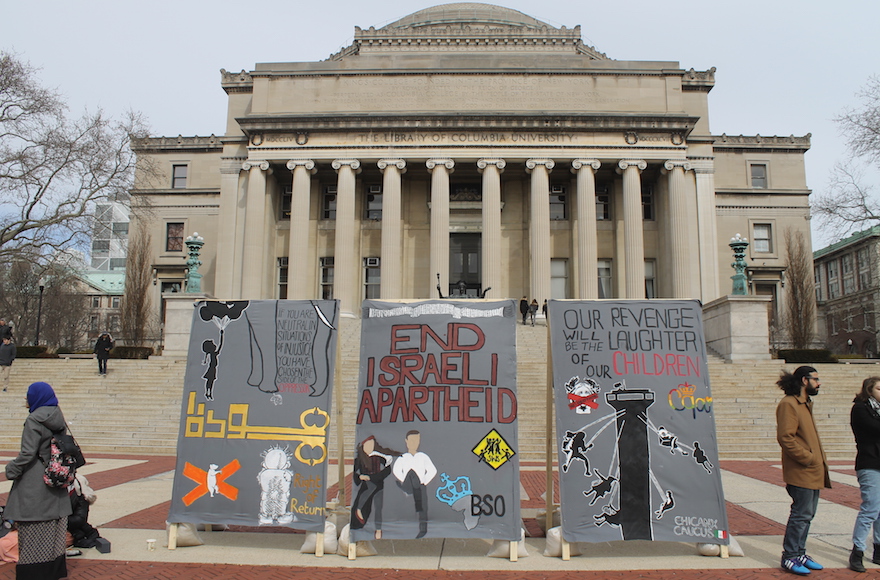 (JTA) — More than 200 Columbia University faculty members have signed a petition supporting the university’s ties with Israel and opposing divestment from companies that do business with the Jewish state.

The letter, which was posted online Sunday, is signed by some 235 professors and other faculty members. It comes in the wake of the establishment of Columbia University Apartheid Divest, which is calling on the university to “divest from corporations that supply, perpetuate, and profit from a system that has subjugated the Palestinian people,” according to the student newspaper, the Spectator.

“(I)t would not be just or principled to respond to the Israeli-Palestinian conflict by disengaging from Israel or from companies that do business with Israel,” the letter reads. “It would be unjust to  blame only one side for this conflict, and unprincipled to single out Israel for this sanction, while maintaining ties with other nations that – unlike Israel –  are undemocratic, repressive, and much less restrained in their use of force.

“For all these reasons, Columbia’s ties with Israel need to be preserved. While we recognize that the University trustees are responsible for deciding whether to divest from companies that do business in Israel, we write to express our support for these investments.”

The petition comes less than a month after 40 faculty members signed a petition urging the New York Ivy League school to divest from companies that “supply, perpetuate, and profit from a system that has subjugated the Palestinian people.”

That petition was released on Feb. 29 to coincide with the start of Israel Apartheid Week.