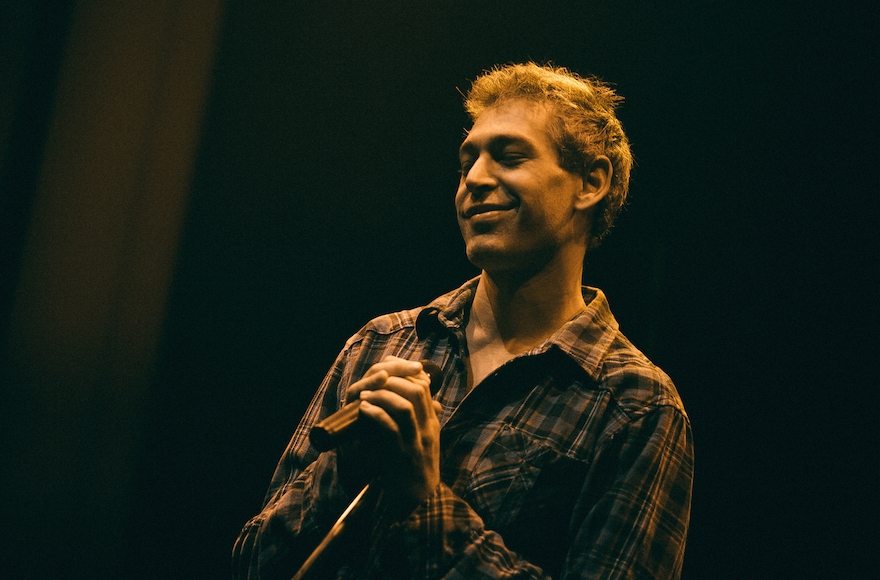 (JTA) — Matisyahu has launched a U.S. college tour co-sponsored by Hillel chapters with a musician born to an Egyptian-Palestinian father and American-Jewish mother.

The formerly Hasidic reggae artist, who kicked off the tour with special guest Nadim Azzam on Sunday at Boston University’s Metcalf Ballroom, has said the decision to play with an Arabic musician is a response to being disinvited from a festival in Spain last summer.

“The purpose is to replace boycott and finger pointing with music as a reminder to find the compassion and humanity we share,” Matisyahu wrote on his website last week.

Last August, activists from the Boycott, Divestment and Sanctions movement pushed the organizers of the Rototom Sunsplash Festival to bar Matisyahu from performing. He was eventually reinvited after an apology from the event’s organizers.

After the festival controversy, Matisyahu played concerts in Jerusalem’s Old City and at the last remaining synagogue near the gates of Auschwitz. He was honored by the Anti-Defamation League for standing up to “forces of ignorance and intolerance.”

“There’s so much misinformation and divisiveness. Everyone boycotts each other and no one is listening. So I thought it would be good to do a series of concerts if I bring in a Palestinian artist and we try to bring these two groups together,” he told the Wisconsin Badger-Herald earlier this month about his current tour.

The shows with Azzam are sponsored by the Hillel chapters at the schools and other campus organizations.