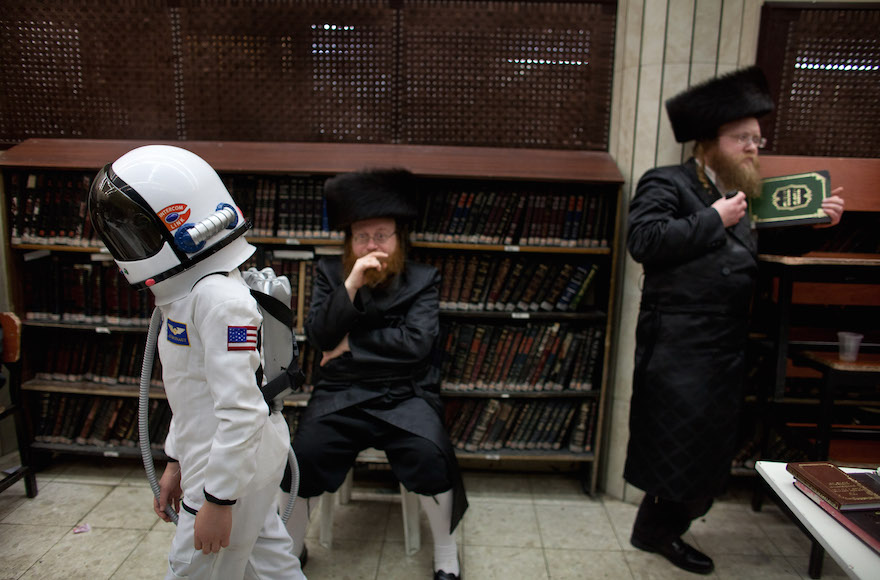 (JTA) — Following terrorist attacks in Brussels, the crisis management center of the Jewish community of Antwerp urged locals not to wear masks on Purim.

In addition to this instruction, the  Jewish Crisis Management Team in Antwerp requested in an announcement Tuesday that revelers, including children, refrain from carrying toy weapons or using firecrackers or any other device that produces loud bangs.

“With the police and army on very high alert, all these cause confusion and are potentially dangerous,” the announcement reads.

Antwerp’s Jewish quarter is among a handful of areas in Western Europe where the holiday of Purim, often referred to in Belgium as the Jewish Carnival, is celebrated publicly on the street. Thousands of members of the city’s large Haredi community take to the streets in colorful costumes for the holiday.

The unusual announcement follows bombings Tuesday morning at Brussels’ main airport, where 14 people were killed, and at a Brussels metro station, where another 17 died.

A concert planned for Antwerp featuring the Gat Brothers, popular Hassidic singers from Israel, was cancelled after the singers, who were en route to Belgium when the attacks happened, were redirected to the airport of Liege south of Brussels, the website Kikar Hashabbat reported.