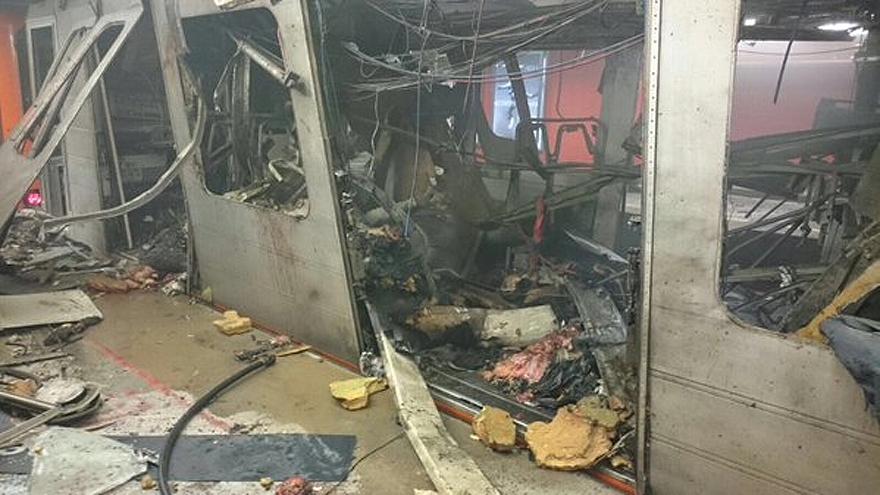 Netanyahu and Belgian Prime Minister Charles Michel spoke by telephone on Tuesday evening, hours after twin bombings at Zaventem Airport and at a metro station in central Brussels killed at least 34 people and injured dozens.

Netanyahu offered condolences on behalf of the people of Israel and wishes for a speedy recovery for the injured, the Prime Minister’s Office said in a statement.

He also told the Belgian prime minister that “terrorism does not distinguish between countries” and offered Israel’s help and cooperation in the fight against terrorism, according to the Prime Minister’s Office. Islamic State claimed responsibility for the Brussels attacks, saying they were in response to Belgium’s participation in the U.S.-led coalition fighting against the group.

Netanyahu’s offer came hours after he said in remarks carried by satellite from Jerusalem to the American Israel Public Affairs Committee that the attacks in Brussels are linked to terror attacks in Israel.

“The chain of attacks from Paris to San Bernardino, from Istanbul to the Ivory Coast and now to Brussels, and the daily attacks on Israel, this is one continuous assault on all of us,” Netanyahu said Tuesday morning in an address via satellite to the AIPAC annual policy conference in Washington, D.C. “In all these cases, the terrorists have no resolvable grievances.

“What they seek is our utter destruction,” he said. “We won’t let that happen.”

On Sunday, a suicide bomber detonated himself near a group of Israeli tourists at a restaurant in Istanbul. Turkish reports said the bomber targeted the Israelis. Three of the four fatalities were Israelis.