U of California regents approve statement on anti-Semitism, ‘anti-Semitic forms of anti-Zionism’ 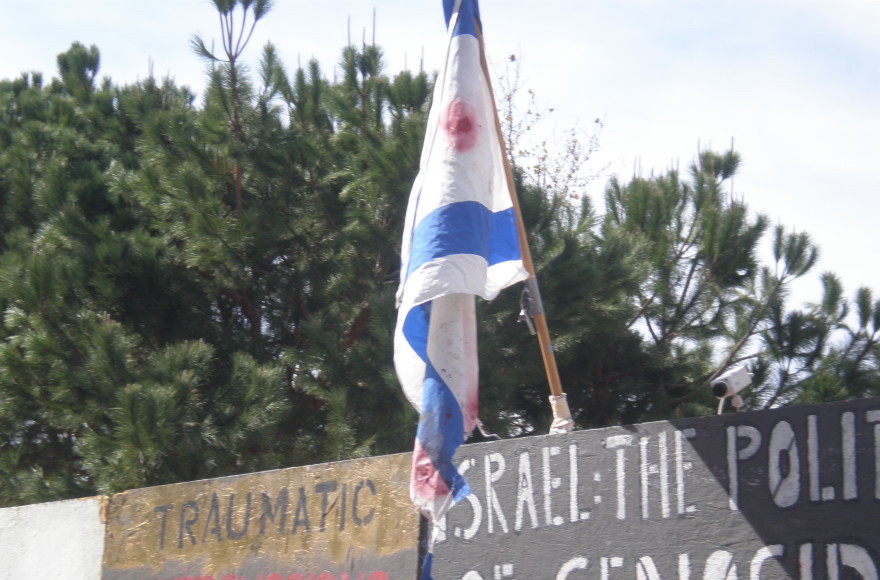 At UCLA, during the last week of February 2010, a blood-stained Israeli flag was hoisted atop an "apartheid wall." (Stand With Us)
Advertisement

(JTA) — The University of California’s Board of Regents voted to adopt a statement condemning anti-Semitic behavior and an accompanying report that urges campus leaders to confront “anti-Semitic forms of anti-Zionism.”

Thursday’s vote, reported by San Francisco’s CBS Local, came a day after a committee of the governing board voted unanimously to send the “Statement of Principles Against Intolerance” and accompanying report to the full board.

In the end, the regents compromised by modifying the document to denounce only “anti-Semitic forms” of anti-Zionism. The original document, submitted in January, had declared both anti-Semitism and anti-Zionism to be unacceptable.

Still, the move was widely hailed by American Jewish groups.

“We commend the UC Regents for taking action against hostility toward Jewish students on UC campuses,” said Janna Weinstein Smith, director of the American Jewish Committee’s Los Angeles office, and Sarah Persitz, the AJC’s San Francisco director. “We also applaud the Regents for pointing out that some individuals and groups pursuing a virulently anti-Israel agenda on UC campuses have crossed a threshold into discrimination against Jewish students.”

In September, the regents convened a working group in response to allegations of rising anti-Semitism in the U.C. system, a network of 10 public universities. In January, it issued a report calling on the regents and university leaders “actively to challenge anti-Semitism and other forms of discrimination when and wherever they emerge within the University community.”

The final statement approved by the committee Wednesday reads, in part: “Opposition to Zionism often is expressed in ways that are not simply statements of disagreement over politics and policy, but also assertions of prejudice and intolerance toward Jewish people and culture. Anti-Semitism, anti-Semitic forms of anti-Zionism and other forms of discrimination have no place at the University of California.”