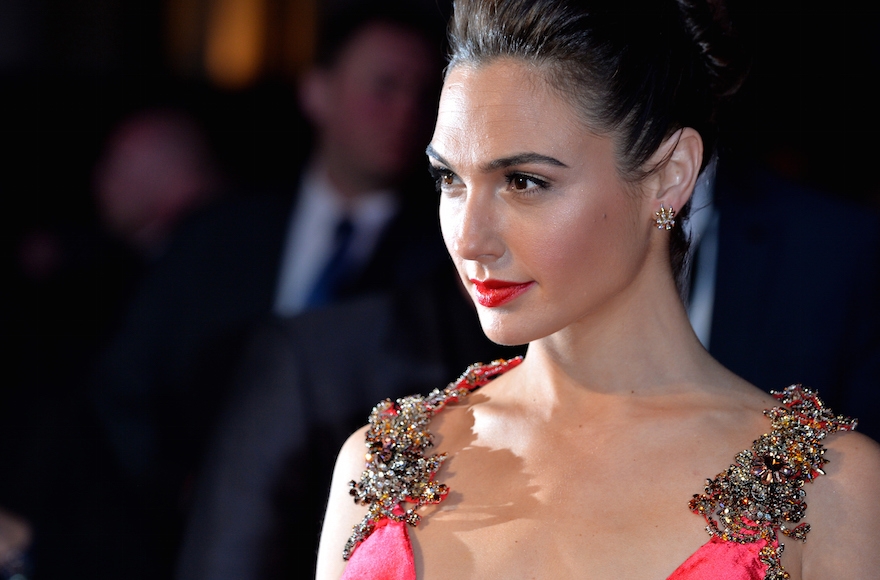 Israel’s famously partisan papers have finally found something to agree on: They all love Gal Gadot.

Israel Hayom, the Sheldon Adelson-funded right-wing daily, called her a “woman of valor.”

Walla, a popular news website, suggested that if Israelis were tired of her, they might as well “move to another news item, site or planet.”

The City Mouse, an events website owned by the left-wing newspaper Haaretz, celebrated “Festi-Gal” and proclaimed the actress to be “plowing through America.”

This month, the Israeli media was celebrating Gadot’s star turn as Wonder Woman in the blockbuster “Batman v. Superman: Dawn of Justice,” which opened Friday across the U.S. But she’s been an Israeli hero for much longer.

While Gadot isn’t the first sabra model to create an international splash, nor the first to co-star in an American blockbuster, she has risen to fame in uniquely Israel style. Used to feeling maligned by the international press, Israelis appreciate that she’s willing, and even proud, to represent their country.

Prior to becoming Wonder Woman, Gadot’s most prominent role was as Gisele Yashar, an ex-Mossad agent in “The Fast and the Furious” franchise. That’s right: an Israeli spy. 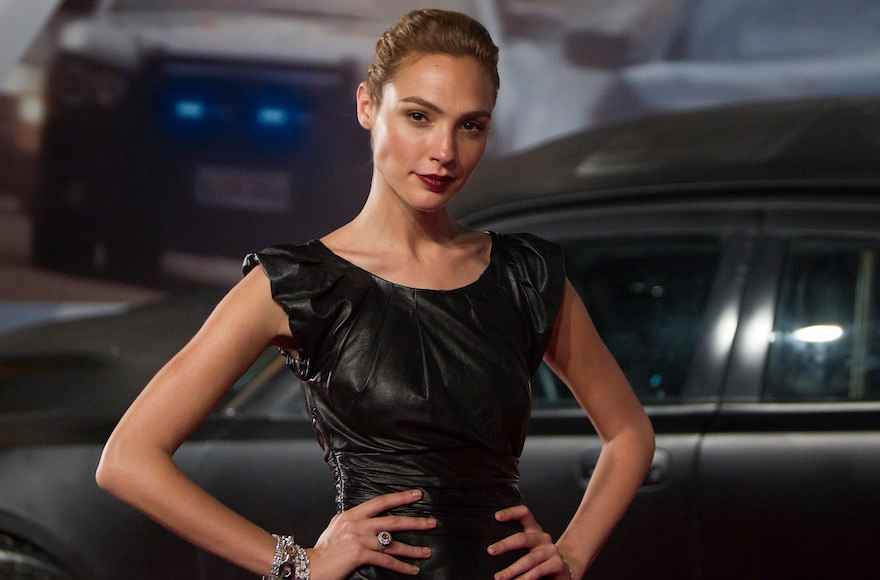 Gal Gadot posing for photographers during the premiere of the movie “Fast and Furious 5” in Rio de Janeiro, Brazil, April 15, 2011. (Buda Mendes/LatinContent/Getty Images)

And the Miss Israel 2004 isn’t afraid to take a stand for Israel on social media. During the 2014 Gaza war, which rallied Israelis around their flag and much of the world against Israel, Gadot publicly supported the Israel Defense Forces’ campaign against Hamas. While lighting Shabbat candles with her daughter no less.

I am sending my love and prayers to my fellow Israeli citizens. Especially to all the boys and girls who are risking …

Needless to say, the post caused a stir outside Israel.

While American critics haven’t been kind to “Batman v. Superman” — The New Republic called the film a “joyless slog” — they have eaten up Gadot like hamantashen on Purim. And Israelis have noticed.

“Come for the joyless man-boys who love their mommies pummeling each other, stay for one of the only things worth getting excited about,” said The Daily Beast in reference to Gadot.

Best of all for her fellow citizens, Gadot is often portrayed in the U.S. as a “badass Israeli woman,” with special mention of her two years of service in Israel’s beloved army.

What sets Gadot apart from the other Israelis who have “crossed over” to international stardom?

Take Bar Refaeli. In Israel, she’s the face of practically everything —  it’s hard to walk a block in Tel Aviv without seeing her face plastered across billboards and bus stops — and she hosts “The X-Factor Israel.” (In the United States, she’s probably most famous for her 2009 Sports Illustrated Swimsuit Issue cover and for dating Leonardo DiCaprio.)

Good morning! I am walking on water today … What r u doing? pic.twitter.com/qZAQ8UTD

But Refaeli has also gotten her fair share of flak for adopting what some Israelis see as an entitled attitude. She’s been criticized for avoiding Israel’s mandatory army draft, evading hundreds of thousands of dollars in taxes and requesting — and receiving — a no-fly zone for her wedding.

During the Gaza war, she made a equanimous tweet, saying, “i prey [sic] for the safety of the citizens on both sides and for the day we will live in peace and harmony Amen” — for which she subsequently came under fire at home.

Then there’s Natalie Portman, who was born Neta-Lee Hershlag in Jerusalem, but moved to the U.S. when she was 3 and anglicized her name. She’s come back into Israelis’ orbits by writing, producing, directing and starring last year in a Hebrew film adaptation of “A Tale of Love and Darkness,” by acclaimed Israeli author Amos Oz. Still, it’s telling that she makes headlines in Israel just for speaking the local language.

Not so with Gadot, whose Hebrew skills are not in question. Despite her international fame, she can sometimes still be spotted on the streets of Tel Aviv with her husband, Israeli real estate developer Yaron Varsano, and her 4-year-old daughter, Alma.

If you don’t catch her there, just check any Israeli newspaper.