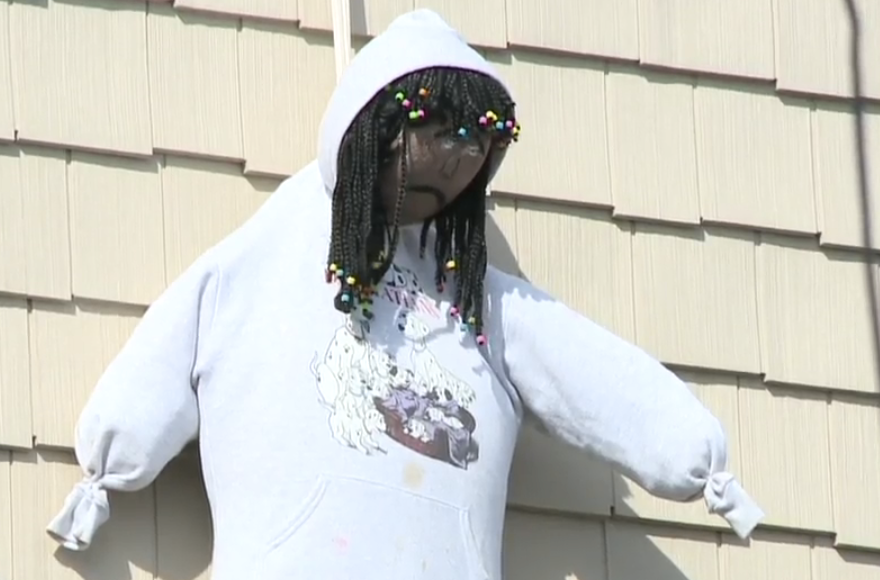 NEW YORK (JTA) — Leaders in the Jewish community of New York’s Rockland County condemned the hanging of a black-faced doll with dreadlocks outside a local home apparently in celebration of Purim.

The effigy, which according to a News12 Hudson Valley report Thursday evening was spotted outside a Spring Valley house, angered many African-Americans and others in the area for its reminder of the lynchings, often by a mob of whites, that have historically terrorized black men.

Barry Kanarek, the director of the Jewish Federation of Rockland, told News 12 on Thursday that the effigy was a means of celebrating “the defeating of the evil Haman who wanted to kill all the Jews.”

On Friday morning, the federation and the Rockland County Board of Rabbis, a group made up solely of non-Orthodox Jewish clergy, issued a joint statement condemning the “insensitive and offensive ‘hanging of Haman’ practice on display during Purim.”

“There is no requirement in Jewish law for this activity,” the statement said. “We fully recognize, as do the overwhelming majority of the members of the Jewish community, the powerful and hate-filled memories that such images evoke in modern America. We call on all members of the Jewish and broader Rockland community to behave in accordance with the golden rule, ‘Do not do to others what is hateful to you.’ It is only from this principle that a society that respects differences and celebrates diversity can be built …”

Rabbi Yakov Horowitz of Monsey posted a separate condemnation on his Facebook page, linking to it from the comments section on the News12 site and urging people to “like/share” it as a sign of support.

Horowitz’s statement, which has been shared 49 times, describes the effigy as “gruesome” and offers his “sincere apology to my African-American neighbors who were understandably hurt/offended by it.”

According to his website, Horowitz has studied and taught at numerous haredi Orthodox yeshivas. He is founder of Yeshiva Darchei Noam in Monsey and founder-director of Project Y.E.S., which provides mentoring and other services for “at-risk teens.”

Home to a growing population of haredi Orthodox Jews, many of them Hasidic, Rockland County has been the site of numerous conflicts between the haredi community and others. An issue spurring  particular tension has been the East Ramapo Central School District, where the elected school board is majority haredi Orthodox and has been accused of illegally siphoning funds from the public schools to enrich the yeshivas. Last week, the FBI raided several yeshivas and companies in Rockland County as part of an ongoing fraud investigation.

Wilbur Aldridge, regional director of the NAACP, told News12 this was the second consecutive year a black-faced doll was displayed for Purim.

“I’m sure they can find some other way of depicting their disdain for this particular king,” he said.

In the comments on the News12 article, several viewers expressed outrage.

Tammy Kay Kuiper of Piermont wrote: “Please don’t say this represents an ancient king … there were no jeans, t-shirts or hoodies during king Haman’s time. I also seriously doubt he wore dreadlocks … If someone hung a dummy dressed as a Hasidim out their window on Purim or Halloween or any other ‘occasion’ the Hasidim would be relentlessly all over them, accepting no excuses, demanding arrest and filing law suits …”