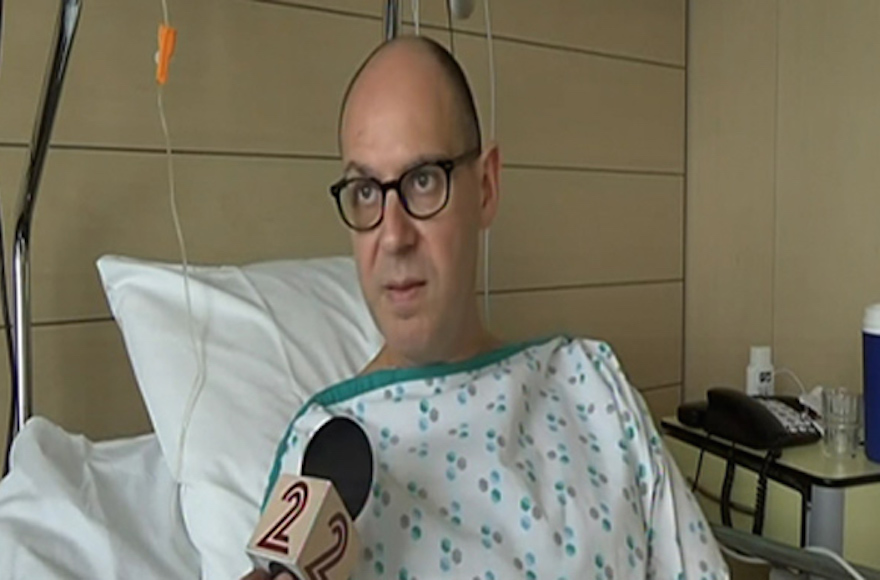 (JTA) — A Belgian Jew whose leg was blown off in a suicide bombing at Brussels’ main airport said he would immigrate to Israel.

Walter Benjamin plans to make aliyah when he recovers from the injury he sustained in the March 22 attack, he told Israel’s Channel 2 Sunday. The attack was part of a series of bombings in the Belgian capital that killed 35 people and wounded hundreds.

“I probably will pack my things, get on a plane and start looking for a small apartment in Israel,” Benjamin said, adding that he wants to be near his teenage daughter, who lives there, until she enlists in the Israeli army. “That’s the most important thing in life for me.”

Benjamin said he was walking through the airport to check in for a flight to Israel, where he planned to spend Purim with his daughter, when he heard a noise he thought was firecrackers.

Twenty seconds later, the second of two explosions at the airport blew off part of his leg. Benjamin said he was shielded from some of the shrapnel because he was holding a large suitcase, he said.

Benjamin recalled seeing a dead person next to him after the blast and realizing he had lost part of his right leg. A Belgian soldier helped stop the bleeding and evacuate him to receive medical treatment.

“I thought I was going to die,” Benjamin said.

Two students from an Antwerp Jewish seminary were also among the 300 people wounded in the bombings, the third of which struck a local subway station an hour later. The students were lightly to moderately hurt.