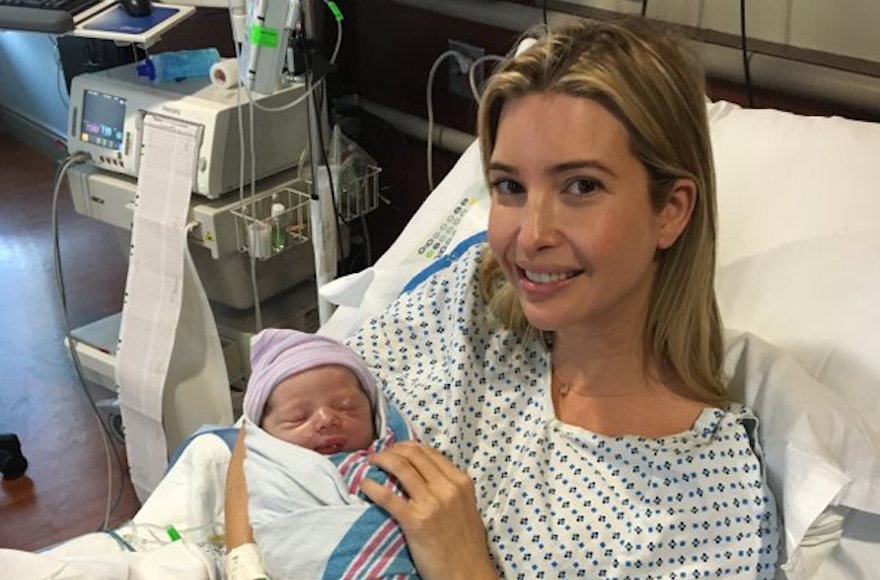 The bris of Theodore James Kushner took place in New York on Sunday. He is the son of Trump’s daughter, Ivanka, and son-in-law Jared Kushner. Ivanka Trump converted to Orthodox Judaism in 2009 in order to marry her husband, with whom she already has two children: Arabella, 4, and Joseph, 2.

Photos of the younger Trumps leaving for the Manhattan bris, and of guests arriving for the circumcision ceremony, appeared in the British tabloid newspaper the Daily Mail. Donald Trump did not appear in any of the photos. His ex-wife, Ivana, the baby’s grandmother, was photographed.

Donald Trump’s Twitter feed showed him going from event to event all day Sunday in Wisconsin, two days ahead of the state’s Republican and Democratic primaries.

A New York Times reporter on the trail with Donald Trump also tweeted that the candidate would skip the bris.

MILWAUKEE — TIGHT RACE in Wisconsin. So tight that Donald Trump is missing his grandson’s bris in NY today to campaign here…

Trump had referred to the upcoming arrival of a “beautiful Jewish baby,” his eighth grandchild, during his speech to the AIPAC policy conference earlier this month. Prior to the conference, he noted during a debate broadcast on CNN that his son-in-law and daughter are Jewish and that he has two Jewish grandchildren.