Jerusalem mayor shouted down during US campus speech 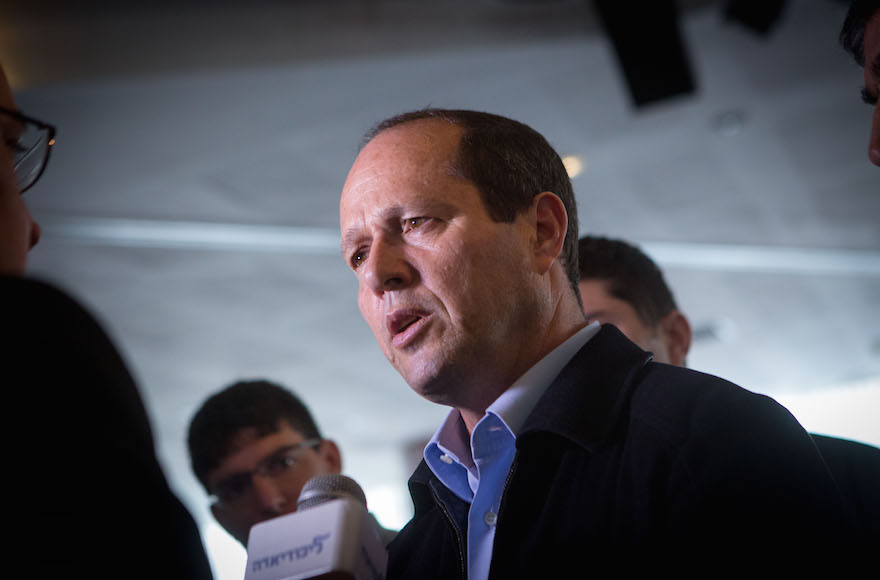 Five minutes into Barkat’s speech on Wednesday, more than a dozen protesters reportedly affiliated with the campus group Students for Justice in Palestine shouted into megaphones such chants as “from the river to the sea, Palestine will be free” and “intifada,” or uprising, according to reports. The demonstrators, who wore traditional Arab headdresses and waved Palestinian flags, also demanded that Barkat be removed from the university.

Campus police and security called to the lecture hall reportedly protected the mayor but did not stop the protesters.

Barkat reportedly continued speaking and, when he could not be heard, walked into the audience to answer questions.

The mayor is on a tour of U.S. campuses to talk about Jerusalem and official Israeli positions on issues of the day.

“Anyone who thinks that calls to violence and wild incitement will succeed in silencing us or deflecting us from our positions is seriously mistaken,” Barkat said, adding: “We will continue to build, develop and strengthen the State of Israel and a united Jerusalem, and we will continue to voice our positions and we’ll voice them anywhere that invites us, including in places where some attempt to disrupt us.”

He also tweeted: “We will not allow voices of hate silence us. Will continue to build and devolop #Jerusalem for all! Today @SFHillel.”

We will not allow voices of hate silence us. Will continue to build and devolop #Jerusalem for all! Today @SFHillel pic.twitter.com/QugLUpBQv9

Ollie Benn, executive director of the San Francisco Hillel, said in a letter to friends of the organization: “There is a concerning trend that college campuses are not spaces where diverse viewpoints are tolerated. Recently, we have seen acts of outright hostility and physical aggression when one person did not agree with the views of another on campus.”

“We’ve tried incredibly hard at SF Hillel to be a responsible partner on campus for civil discourse, and to contribute to a more positive environment for dialogue, tolerance and education. Today’s disappointing events demonstrate that one party alone cannot effect change; it requires the commitment of the entire University community to create a diverse place of learning that is tolerant, respectful and dedicated to its academic mission.”

The university has not yet commented on the incident.