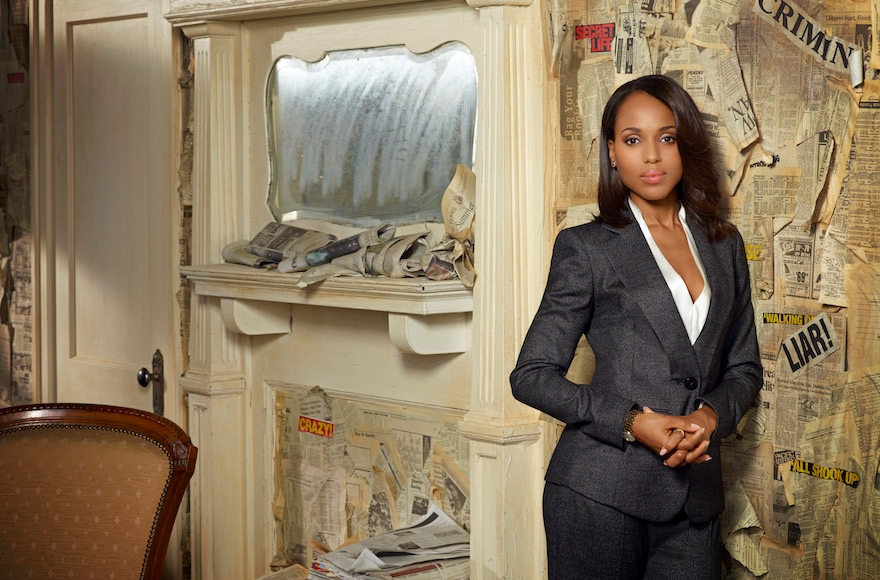 The Zionist Organization of America is calling out ABC’s hit political drama “Scandal” for what it calls a “veiled” anti-Semitic reference in a recent episode.

In the March 31 episode, an associate of the series’ protagonist, political fixer Olivia Pope, is concerned that her boss has crossed the line in trying to sling mud at a political opponent. The associate tells another character that Olivia has replaced her “white hat with a black skull cap.”

The ZOA explains in a news release sent Friday that a “black skullcap (also called a yarmulke or kippah) is an item worn by religious Jews…. The show could have easily used a metaphor other than ‘wearing a black skullcap’ for evil – but instead made the veiled reference to religious Jews.”

The group urges followers to contact the episode’s co-writers and ask them to “avoid further anti-Semitic references or slurs in the future.”

In the same release, the ZOA can’t resist a little political mud-slinging of its own, suggesting that if the show’s writers “wished to use a ‘political’ metaphor for evil, a far more appropriate garment to symbolize ‘evil’ would have been the keffiyehs … worn by Palestinian Arab terrorists who continue to attack and murder innocent Jews today.”

The group also emphasizes that in addition to the show’s creator, Shonda Rhimes, the episode was co-written by “Somali Muslim writer Ms. Raamla Mohamed.”

It is not at all clear in the context of the show that the term “skull cap” refers to a kippah. There is no Orthodox character depicted in the episode, and nothing to suggest the characters equate Jews with wrongdoing. Search “skull cap” on Google and the top hits show tight-fitting knit winter hats manufactured by the likes of Adidas, Under Armour and Nike – the kind football players wear under their helmets to wick away sweat.

“Skull caps” also refer – in police reports and fashion magazines – to the knit winter hats favored by hipsters and people having a bad hair day – the kind of hat that used to be called a “watch cap,” the black version of which is often depicted as the style choice of burglars and other bad guys.

According to ZOA, it wrote to ABC on April 6, “and has received no response thus far.”