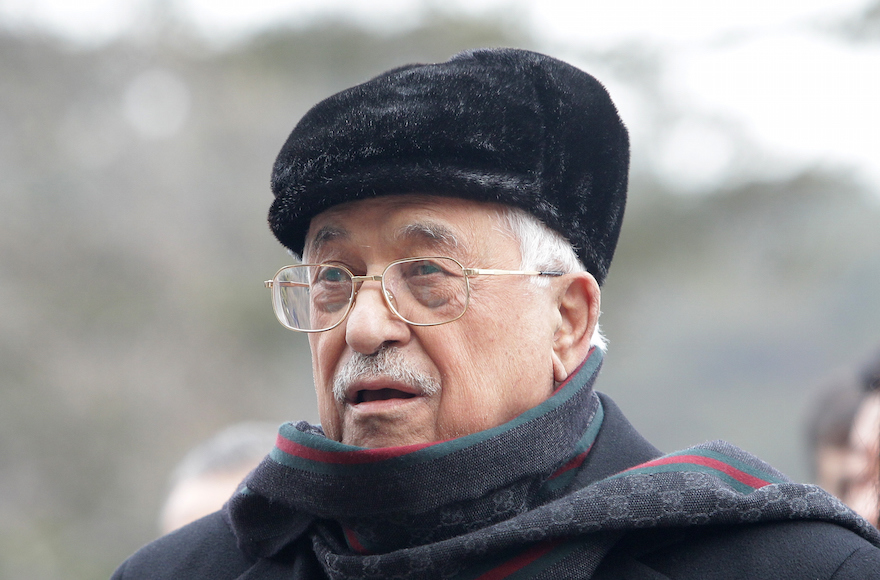 (JTA) — Tareq Abbas, the son of Palestinian Authority President Mahmoud Abbas, holds $1 million worth of shares in a Palestinian investment company with ties to the P.A., the “Panama Papers” data leak revealed.

The Arab Palestinian Investment Company, or APIC, launched in 1995, is today a major financial player in the Palestinian economy, with involvement in the food, medical and automobile industries, as well as public relations and a host of shopping centers.

Tareq Abbas was appointed to the board in 2011, which was public knowledge. However, his personal investment in the company — $982,000 as of last September — had not been known, Haaretz reported Thursday.

The revelation came from documents, known as the “Panama Papers,” that were leaked this week and that provided details on the offshore holdings of a dozen current and former world leaders, as well as businessmen, criminals, celebrities and sports stars.

The P.A. does not directly hold shares in APIC, but the Palestinian Investment Fund, which has close ties to the P.A. chairman, holds 18 percent of its stocks, Haaretz reported. APIC’s board of directors has historically featured members with close ties to the head of the P.A. — previously Yasser Arafat and now Mahmoud Abbas.

The leak of 11.5 million documents from Panama-based law firm Mossack Fonseca has caused scandals throughout the world. They have brought down the leader of Iceland and raised questions about the dealings of the presidents of Argentina and Ukraine, senior Chinese politicians and famous actors.

It has also turned up information that may be relevant in the restitution of Nazi-looted art.

Speaking on behalf of the Abbas brothers and APIC, attorney Kareem Shehadeh told Haaretz the firm was regularly audited and supervised by the Ministry of Commerce and the Palestine Capital Market Authority. Another source said that Tareq Abbas is a salaried employee from before his father became president.

Israel has launched a probe into 600 Israeli companies and 850 Israeli shareholders who were listed in documents leaked from Mossack Fonseca.

Among the Israeli names found in the leaked documents are those of top attorney Dov Weisglass, former bureau chief of the late prime minister Ariel Sharon; Jacob Engel, a businessman active in the African mining industry, and Idan Ofer, a member of one of Israel’s wealthiest families, according to Haaretz.

Appearing in the documents does not necessarily imply wrongdoing, but in some cases proves offshore holdings and use of tax havens.