Thanks to viral video, Holocaust survivor gets wish to sing at Detroit Tigers game 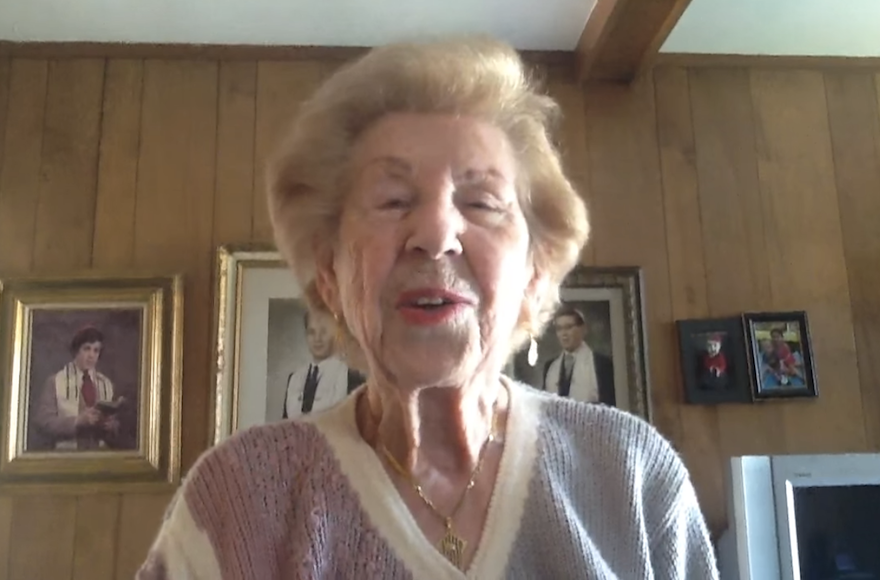 Hermina Hirsch singing the "Star-Spangled Banner" in a video that went viral. (Screenshot from YouTube(
Advertisement

(JTA) — An 89-year-old Holocaust survivor will sing the American national anthem at a Detroit Tigers baseball game after her granddaughter circulated a video of her that went viral online.

Amid a flood of requests on her behalf, the Tigers invited Hermina Hirsch to fulfill her bucket list wish by singing “The Star-Spangled Banner” at their May 21 game, Fox Sports reported.

“At my age, I figure that this would do it,” Hirsch, of Southfield, Michigan, told Detroit’s CBS Local. “I don’t want to die before I sing at a baseball game.”

Hirsch survived multiple concentration camps, including the Auschwitz death camp, and lost her parents, three brothers and other relatives in the Holocaust.

Asked by CBS Local if the prospect of singing before thousands of fans at Detroit’s Comerica Park made her nervous, a smiling Hirsch said, “If I lived through the concentration camp, it couldn’t be that bad.”

Born in 1927 in a town in what was then Czechoslovakia, Hirsch was deported to a ghetto in 1944, and then moved among five concentration camps, including Auschwitz.

“She was liberated from a concentration camp (she doesn’t remember the name) in either Germany or Poland on Jan. 21, 1945,” her granddaughter Andrea Hirsch wrote in an email to CBS Local. “She walked and hitched rides with strangers to get back to where she was born.”

Hirsch married Bernard Hirsch in 1947. The couple moved first to New York and then to Detroit. Hirsch sings the national anthem at weekly Holocaust survivor meetings at the Jewish Community Center of Metropolitan Detroit and also sings in her synagogue choir.

“At first when I told her that her video went viral and there’s so many people that caught wind of her story, she didn’t really understand,” Andrea Hirsch told CBS Detroit. “You know, she didn’t really understand how or why, how something like this could happen through social media. She just couldn’t believe how it progressed. … I didn’t even believe this could happen. We’re so excited.”