4 Israeli Jews, including 2 minors, arrested for attacks on Palestinians 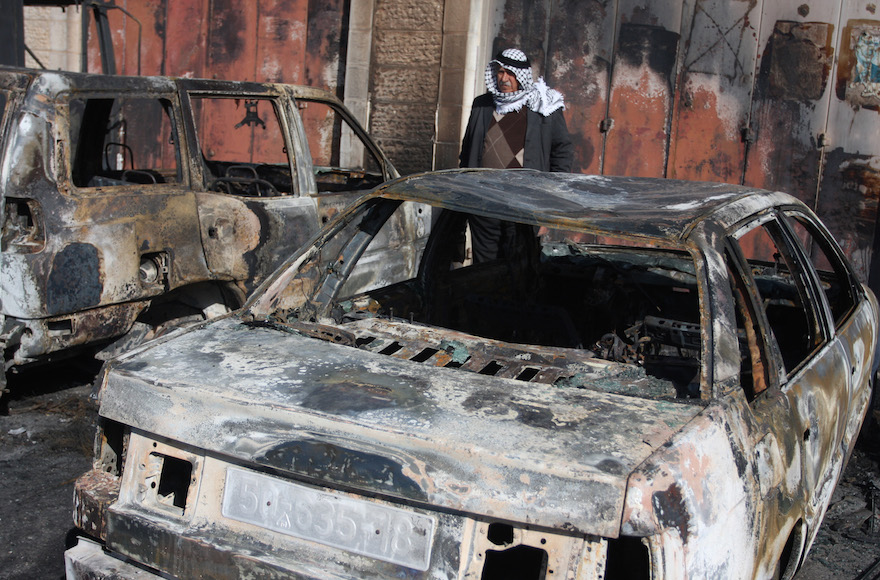 A Palestinians man walking past burned cars and a damaged building after an arson by unidentified assailants in the West Bank village of Eritin, Dec. 19 2011. (Issam Rimawi/Flash90)
Advertisement

JERUSALEM (JTA) — Four Israeli Jews, including two minors, have been arrested on suspicion of hate crime attacks against Palestinians.

One of the two minors was arrested Monday, according to reports, while the other minor and the two adults were arrested last week. Israel Police said the minors are 16 and 17.

Details of their cases are under a gag order.

One of the adult suspects, Dana Shneur, is accused of  burning a Palestinian car, affiliation with criminal activities and involvement in an illegal organization. The detention of the other adult, Pinhas Shandorfi, has been extended for a week in order to investigate suspected “security offenses,” Ynet reported.