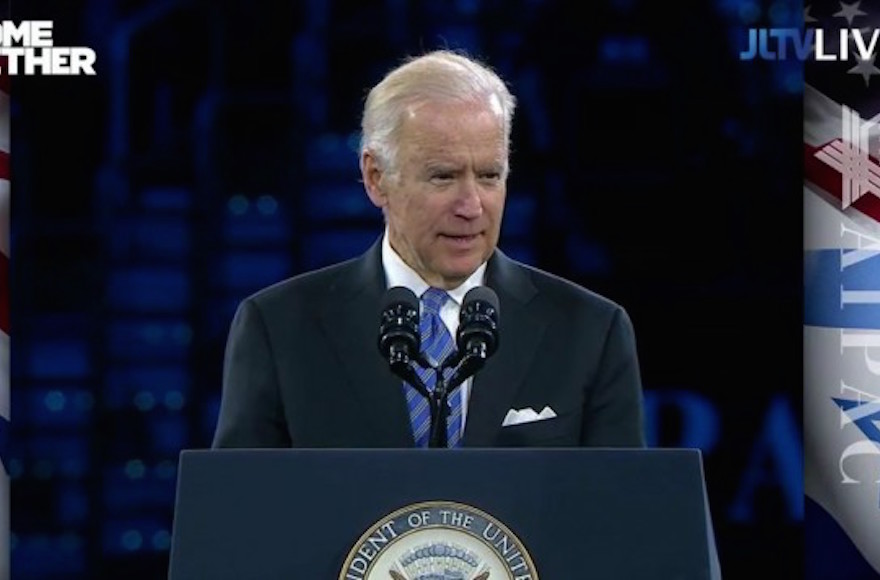 Biden will speak to the group as media speculation increases over whether President Barack Obama will outline the parameters of a two-state solution before he leaves office in January. J Street since its inception has backed an assertive U.S. role in advancing peace talks, while AIPAC counsels greater U.S. deference to Israel on whether and how to initiate peace talks.

The 2013-14 peace talks spurred by the Obama administration collapsed in mutual recriminations; officials on both sides are wary of what Obama would include in his vision for a permanent peace deal.

Biden last spoke to J Street in 2013, months after he had addressed AIPAC.