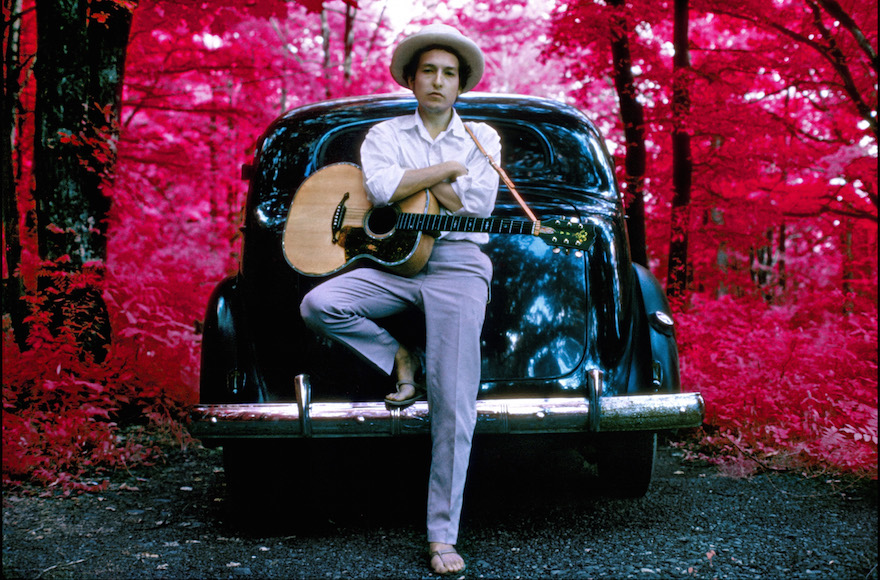 TEL AVIV – Like many before him, Asaf Galay will never forget the first time he heard Bob Dylan. It was right around the time of his bar mitzvah and Galay, who grew up in this city in a family of classical musicians, was a nice Jewish boy who was learning the violin.

But once he heard Dylan’s music, everything for him changed.

“I told my family I wanted only to play the guitar,” Galay says, laughing. “It was a big disappointment to them.”

As it happens, Galay didn’t grow up to be a rock star, though he still dabbles in the guitar. Today he is a curator at Beit Hatfutsot-Museum of the Jewish People. And next month, when the Tel Aviv museum celebrates its $100 million relaunch, Galay figured an inspired way to kick off the festivities would be to look at the life of another nice Jewish boy: one Robert Zimmerman, who is better known across the globe as Bob Dylan.

“Everybody knows Bob Dylan – he has this persona, and it’s really important to him to keep that enigmatic persona,” Galay says. “But there is also the man Robert Zimmerman and who he is in private.”

Robert Allen Zimmerman was born on May 24, 1941 to a Jewish family in small-town Minnesota. Both sets of his grandparents were immigrants from Eastern Europe. As a boy, he was obsessed with the blues and folk that came through his family’s staticky radio. He played in garage bands throughout high school, and when he ventured off to big-city Minneapolis for college, he joined the local folk circuit and began referring to himself as Bob Dylan.

The name, Dylan has acknowledged, is a nod to the poetry of Dylan Thomas, as well as a desire to break free from the bounds that held his parents and grandparents in place.

“You’re born, you know, the wrong names, wrong parents. I mean, that happens. You call yourself what you want to call yourself. This is the land of the free,” he said in an interview with CBS News in 2004.

Galay and the team at Beit Hatfutsot have no desire to gloss over Dylan’s complicated relationship with his heritage, including the anglicizing of his name. Dylan’s relationship to his religion — just like his trademark voice and his layered lyrics — is complicated.

What matters to the museum, Galay says, is that Dylan’s lyrics have had an influence perhaps unmatched in American life — and in his songs bear the imprints of his religious and spiritual identity.

“So many people have written about Bob Dylan as a prophet, and Bob Dylan’s Jewish influence and Jewish thematical thinking,” Galay says. “But we didn’t try to find any new insight on this. We just wanted to show his feelings, and also the tradition of this kind of music. What he did is he electrified folk music. He made folk music holy.” 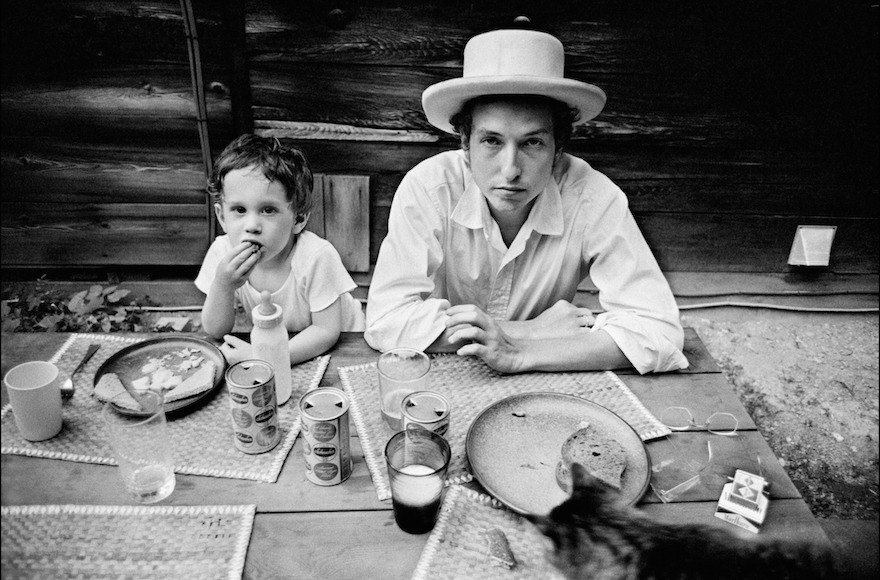 Dylan’s roller-coaster with religion is well documented. He grew up part of a small, close-knit Jewish community in Hibbing, Minnesota. He had a bar mitzvah, attended Jewish summer camp and traveled to Israel. He once applied to join a kibbutz, but his application was rejected.

He also swung to radical extremes: Dylan met Meir Kahane and praised the right-wing firebrand in Time magazine, then later went on to convert to Christianity and call himself a born-again evangelical. Today he reportedly shuns all organized religion and subscribes to no specific church of thought.

To Galay, however, Dylan’s Jewish roots are indelible.

“The first time he ever performed was at his Jewish camp, Camp Herzl,” Galay says. “He went up to the roof and started to play. He wasn’t the fiddler on the roof, he was the guitarist on the roof.”

READ: Sponsored: From Diaspora to Jewish Peoplehood — how an Israeli museum shifted its vision

The Dylan exhibit, aptly dubbed “Forever Young” after one of his songs, will explore three core themes: the social revolution Dylan kicked off, his influence on music across the globe and his own complex relationship with his Jewish identity. Dylan, who is famously guarded over his private life, declined to be involved, but the museum worked with his manager to collect film, rare photographs and dozens of pieces of music.

And the timing is no coincidence. The exhibit, which will kick off Beit Hatfutsot-Museum of the Jewish People’s relaunch — will debut on May 24, Dylan’s 75th birthday. It will be the first exhibition on Dylan of this scope to appear in Israel.

Galay hopes that visitors will come away as moved by the words and melodies of Dylan as he was as a boy of 13.

“We really wanted in the exhibition to describe his career and his influence,” he says. “Dylan created a revolution for rock and roll music.

“No matter what kind of song he writes, no matter what it is about, what sets him apart was that he always has a message.”