Why Israeli kids are so right-wing – a historical explanation 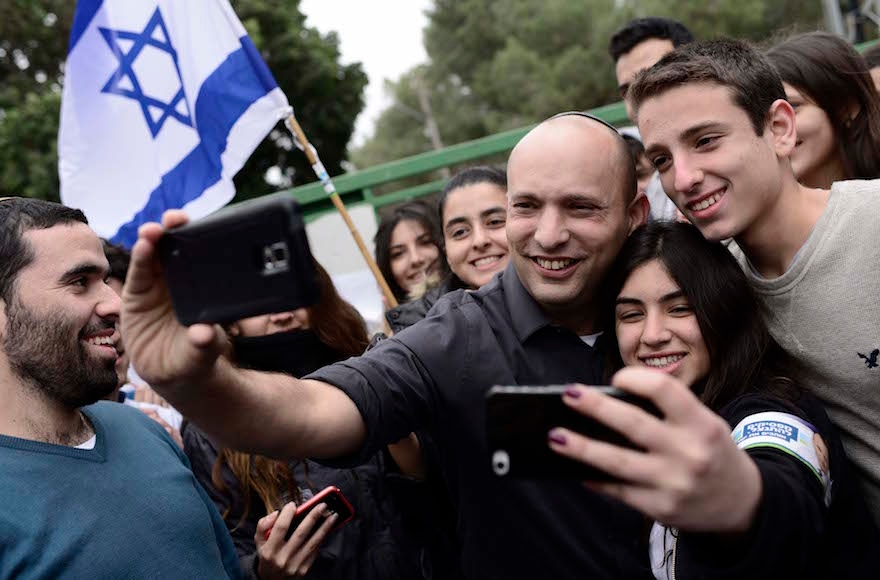 The survey’s full results will be published Friday. Israel Hayom didn’t provide the margin of error, the polling sample or dates.

According to the poll of 11th and 12 graders, 59 percent of Jewish-Israeli youths call themselves right-wing. Twenty-three percent self-define as centrist, while only 13 percent are left-wing. Eighty-two percent say there’s little to no chance of reaching a peace agreement with the Palestinians.

A majority says the Israel Defense Forces is the world’s most moral army. Nearly two-thirds agree with the traditional Israeli saying, “It is good to die for our land.”

Those numbers skew a bit to the right of Israeli Jews in general. The 2015 Israel Democracy Index, a yearly survey put out by the Israel Democracy Institute, finds that Israeli Jews self-define as 49 percent right, 27 percent centrist and about 16 percent left. Three-quarters, according to another IDI survey from March, doubt the chances for Israeli-Palestinian peace.

Such a generational shift reflects recent Israeli history. Israeli 18-year-olds, born in 1998, went through nursery school during a bloody intifada and had seen three wars in Gaza, and one in Lebanon, before graduating high school. Meanwhile, they’ve experienced repeated waves of terror and watched three rounds of failed peace talks.

Unlike their parents and grandparents, they can’t remember the 1980s, when ordinary Israelis and Palestinians had far more frequent contact, or the 1990s, when optimism about peace was widespread. They have no personal memory of Yitzhak Rabin, his assassination as prime minister, the incitement leading up to it or the Israeli social rifts that followed.

The Israel Hayom survey suggests young Israeli Jews have right-wing views on Arabs too. Nearly half say Israeli Arabs shouldn’t be allowed to vote or run for Knesset. Sixty percent say the soldier who shot dead a wounded Palestinian attacker in Hebron shouldn’t be put to trial.

In that sense, the youth agree with their elders. According to the 2015 IDI survey, Israeli Jews in general favor giving Jews more voting rights than Arabs. Sixty percent say only those who swear a loyalty oath to Israel and perform national service should be allowed to vote and run for Knesset — a requirement that would exclude most Israeli Arabs. Most Israeli Jews believe a Jewish majority should be required to make decisions regarding peace, security, economics, governance or society. Most oppose including Arab parties in the governing coalition.

Israel Hayom’s Boaz Bismuth sees his newspaper’s survey as mostly good news. “So what does all this say? That at the end of the day, our youths are similar to their parents,” he writes. “In our case, this is actually heartening: Our youths, most of all, are patriots. We have someone to rely on.”

Israeli Hayom put the best spin on one statistic: that 11 percent of Israeli youths don’t see their future in Israel. The Israel Hayom article called that finding, among others, as “very patriotic.” And while the relatively low number tracks with data suggesting that emigration rates have been declining in the last 20 years, fears that young people will depart for greener economic pastures has prompted much hand-wringing over the years; in 2011, the Ministry of Immigrant Absorption ran a controversial series of TV ads warning Israelis against moving abroad.