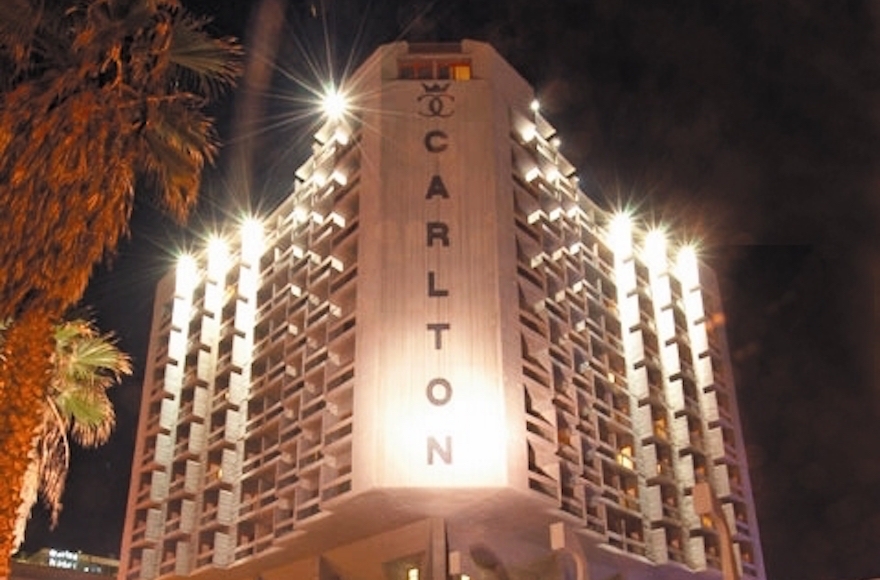 Perhaps the best thing about the seder was that food came first and liturgy came later — not the other way around.

The first annual Diplomatic Seder, held Tuesday for foreign diplomats stationed in Israel, was almost certainly not the first seder in Tel Aviv to attract 80 people in dresses, suits and ties, eager to learn more about Jewish tradition. It may have been one of the only ones, however, to begin with a ritzy cocktail hour.

Ambassadors and their attaches milled about the Carlton hotel, sipping champagne and munching on avocado bruschetta and stuffed eggplant. A keyboardist sang jazzy renditions of “Go Down, Moses” and “There Can Be Miracles,” from the film “The Prince of Egypt.”

The meal drew representatives from the United States, Europe and places as far afield as Angola and Japan — and as unexpected as Jordan. When everyone was seated, waiters immediately poured the meal’s “first glass.” In reality, for many guests, it was glass number two or three.

The event, hosted by The Israel Project, an Israel advocacy group, had to strike a delicate balance. It aimed to introduce the ceremonial meal to newcomers, connect the night’s themes to supporting Israel — and keep it shorter than an actual seder.

“They can live among us, but they’ll never experience this,” said Lior Weintraub, the group’s vice president and Israel office director, about the foreign diplomats. “If you understand the seder and the idea of Pesach, the perception of freedom in the Jewish and Israeli idea, you understand the way Israelis and Jews see reality around them.”

Former Knesset member Ruth Calderon, the event’s host, gave attendees an approximate feel for what a seder’s like — for better or worse.

Diners seemed most at ease during the meal’s more lighthearted moments: The program began with a parody of an airline safety video explaining the seder (“The bathrooms are in the rear, though after eating matzah, you won’t be needing them.”), and Calderon tossed a plastic frog to anyone who asked a question.

During the meal’s Maggid section, which tells the Passover story, Calderon played a clip from “The Ten Commandments” film of Charlton Heston-as-Moses splitting the sea. Next to me, the wife of a Spanish diplomat gasped in astonishment at the spectacle, despite the 1956 special effects.

But the meal also had moments that felt more, well, seder-like. A young soldier awkwardly singing “Mah Nishtana,” accompanied by piano. An muddled English translation of the four sons segment. Calderon reading an entire paragraph from the Haggadah in Hebrew, sans translation, over a rising conversational din.

Along with the seder plate, the tables were laden with classic Jewish fare: lox, chicken soup and — of course — gefilte fish with horseradish. When Calderon reminded guests that they could eat at any time, the background noise grew only louder, and the gefilte fish went surprisingly fast.

The seder’s organizers spared guests the ordeal of reading through pages of biblical exegesis. They didn’t need to stomach the maror bitter herb, and though a washing cup made one round of the room, guests weren’t required to wash their hands twice. Everyone did sing “Dayenu,” as well as a portion of the festive Hallel prayer — set to Leonard Cohen’s “Hallelujah.”

And when the time came, the afikomen was hidden. Lieut. Col. Dennis van Dijk, the Dutch military attache, found it under a buffet table.