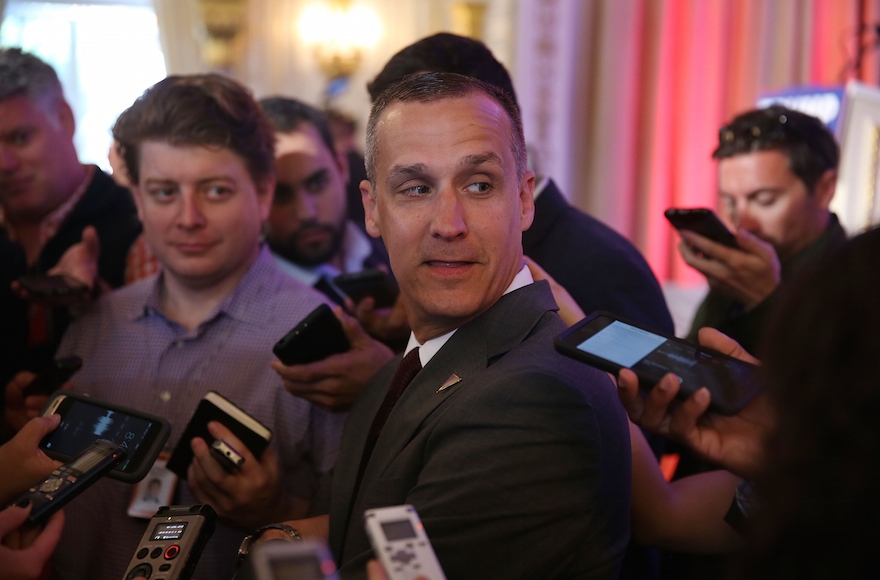 (JTA) — Donald Trump’s campaign manager will not be prosecuted in Florida on battery charges.

The decision not to press charges against Corey Lewandowski was reported Wednesday night by Politico, which cited unnamed “sources with knowledge of the situation.”

The decision was expected to be announced Thursday afternoon during a news conference by the state attorney in Palm Beach County.

Lewandowski was charged  late last month by police in Jupiter in the wake of the March 8 incident in which he grabbed Breitbart News reporter Michelle Fields and pulled her out of Trump’s way at the candidate’s news conference, leaving bruises on her arm. The incident was captured on video.

Fields reportedly may file a defamation suit against Trump, whose campaign has denied the assault allegations.

She tweeted late Wednesday that the prosecutors’ office had asked two weeks ago if she would be satisfied with an apology from Lewandowski, which she said she replied “ya.”

For those asking, office of prosecutor asked 2 weeks ago if I'd be ok with an apology from Corey. I said ya but haven't heard back about it

Washington Post reporter Ben Terris, who was standing next to Fields at the time of the incident, has corroborated her version of events.

Fields and Jewish conservative journalist Ben Shapiro resigned from Breitbart over the news site’s handling of the incident.

Shapiro, an Orthodox Jew and syndicated columnist, was an editor at large for the right-wing site founded by the late Andrew Breitbart, as well as a close friend of Breitbart.