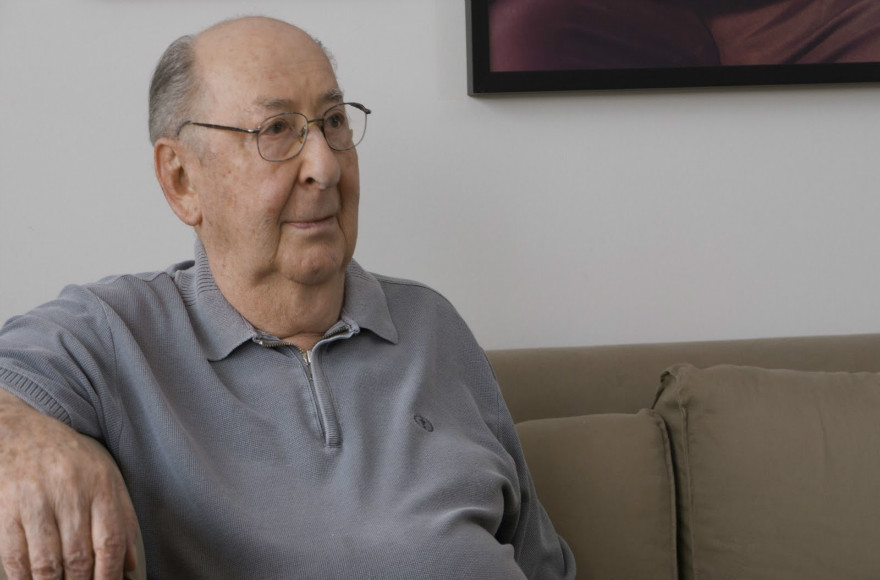 Aleksander Henryk Laks, the late iconic president of the Brazilian Association of Holocaust Survivors who died in 2015. (Photo/ Courtesy of sobreviventesdoholocausto.blogspot.com)
Advertisement

The mayor of Rio de Janeiro, Eduardo Paes, led the naming ceremony on Thursday. Jewish and government officials were on hand.

“Mr. Laks’ dedication to preserve the memory of the Shoah is the legacy he left for the Jewish leadership,” Osias Wurman, Israel’s honorary consul and a former president of the Rio Jewish Federation, told JTA. “We need to illuminate the past to lighten the future. He was an icon for a generation among Holocaust survivors.”

Laks died last year at 88 of a lung infection. The Poland native lived in the Lodz ghetto and survived Auschwitz and other concentration camps between 1940 and 1945, the year he fled to Rio.

Laks wrote two books, including his biography published in 2000 titled “The Survivor: Memoirs of a Brazilian who escaped from Auschwitz.”

He was passionate about sharing his life story with Jews and non-Jews, including children and youth, who would often call him “Grandpa Laks.” He would often say to his audiences, “May my past never be anyone’s future.”

The school named for him is part of the Schools of Tomorrow program launched in 2009 by Rio’s education department. The initiative aims to reduce truancy and upgrade the studies at elementary and middle schools in poverty-stricken areas of the municipality facing urban violence.