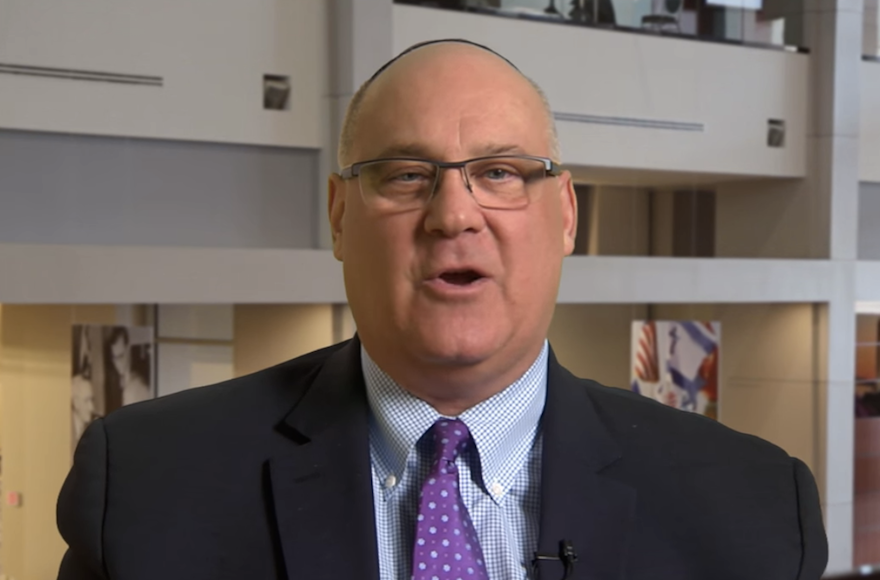 (JTA) — The president of the Conservative Jewish movement’s rabbinical arm left his post as the rabbi of a Dallas synagogue, citing apparent marital infidelity and questions about his sexuality.

“I am very saddened to admit, both to you and to myself, that even as I strove to be present in the lives of so many people, I could not be truly present with myself,” Rabbi William Gershon wrote to his congregation, Shearith Israel, in a letter first published Thursday by the Dallas Morning News.

“I have wrestled for many years with questions of my sexual identity but was unable to understand, accept and integrate this most personal and intimate aspect of myself,” he wrote. “I regret that this struggle led me to take inappropriate actions outside my marriage that caused great pain to my family.”

Gershon, who was installed as the president of the Conservative movement’s Rabbinical Assembly in 2014, has one month left in his term and will take a leave of absence for that time, said Rabbi Julie Schonfeld, the group’s executive vice president.

“Rabbi Gershon has made great contributions both on the public stage and in the lives of countless individuals,” she said in a statement emailed to JTA. “As we prepare for Passover, I will keep in mind the many inspiring insights that he has taught me.”