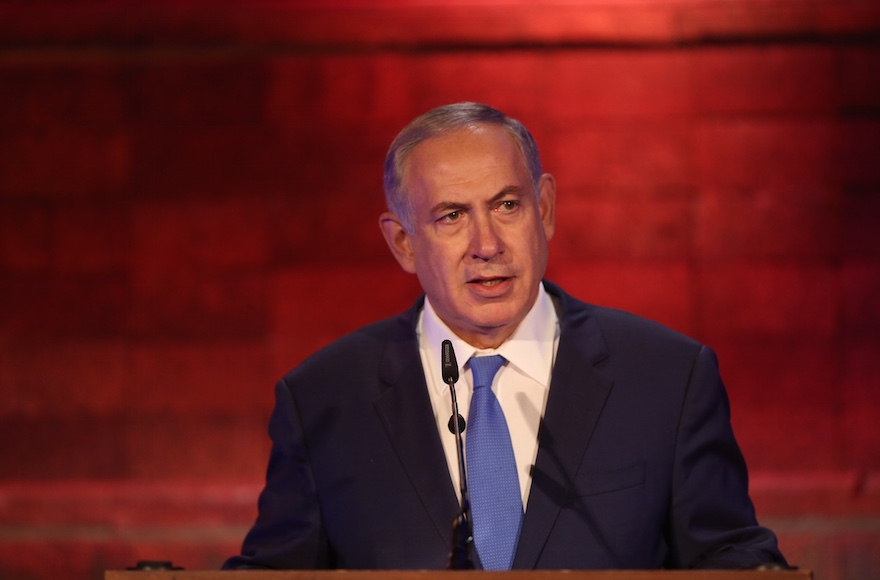 “It is time to conduct some soul-searching before you. We must admit that we were wrong. Holocaust survivors have never received the respect they deserved. Even today, the State of Israel does not take every measure it can in order to take care of the Holocaust survivors. I came here today on behalf of the people of Israel, on behalf of the State of Israel, and I ask each and every one of you, before it is too late, for forgiveness,” Rivlin said Wednesday evening during Israel’s national Holocaust Remembrance Day ceremony at Yad Vashem in Jerusalem.

The ceremony was broadcast on all Israeli television channels and on several radio stations. On Holocaust Remembrance Day in Israel, places of entertainment are closed and Holocaust themed-movies and documentaries are shown on TV.

Speaking at the ceremony, Israeli Prime Minister Benjamin Netanyahu called on those listening to combat anti-Semitism and lies about Israel. “Fight against the propaganda against Israel on social networks,” Netanyahu said, adding that another way to fight is to “increase our strength and build our country.”

Anti-Semitism today, Netanyahu said, “originates in radical Islam and in the Arab world, but in recent years it has been joined by incitement, just as poisonous, from the Western world. British Parliament members, senior Swedish officials and opinion makers in France.”

Following a two-minute siren Thursday morning, when Israelis traditionally stop what they are doing to reflect on the tragedy of the Holocaust, a national wreath-laying ceremony will be held at Warsaw Ghetto Square in Yad Vashem, and the names of Holocaust victims will be read out over the following hours.

During the ceremony, six Holocaust survivors told their stories in a prerecorded video before they lit the six torches representing the 6 million Jews killed in the Holocaust. The videos are posted on the Yad Vashem website.