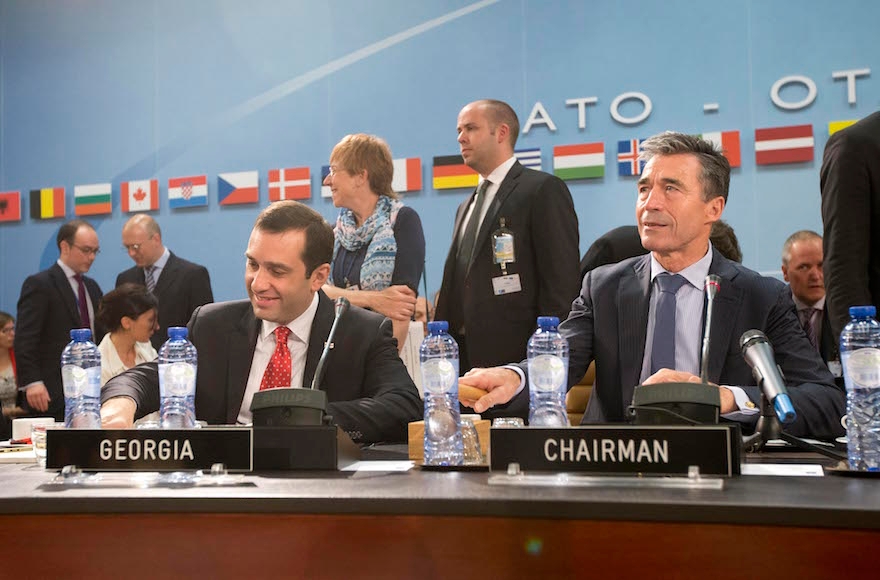 JERUSALEM (JTA) — At the invitation of NATO, Israel agreed to open an official mission at the intergovernmental military alliance’s Brussels headquarters.

In an announcement Wednesday, NATO’s governing council stated that Israel’s Ambassador to Belgium will serve as the head of the mission.

“This is a goal that we have worked on for many years,” Netanyahu said Wednesday at a meeting of Likud government ministers. “I announce that Israel will accept the invitation; we will open an office soon.”

“I think that this is also an important expression of Israel’s standing in the world. The countries of the world are looking to cooperate with us due to – inter alia – our determined fight against terrorism, our technological know-how and our intelligence services,” Netanyahu said.

The invitation for Israel to open offices at NATO in Brussels reportedly comes after Turkey lifted its veto on Israeli activity at NATO. Israel is not a member of NATO. All member countries must agree to work with a non-member affiliate.

Turkey imposed a veto on Israeli cooperation with NATO following the Mavi Marmara incident in which nine Turkish civilians were killed during an Israeli commando raid on the ship, part of a flotilla attempting to breach Israel’s naval blockade of Turkey.

The lifting of the veto comes days after Turkish President Recep Tayyip Erdogan and Prime Minister Ahmet Davutoglu said the country was close to reestablishing ties with Israel.