Hundreds of voters, including chief rabbi, turned away in heavily Jewish London borough 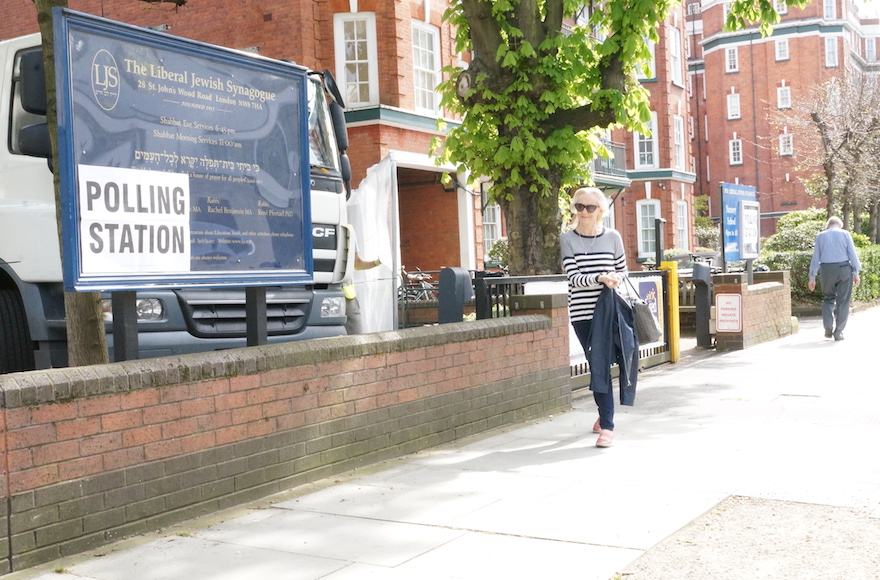 (JTA) — Hundreds of voters, including Britain’s chief rabbi and his wife, were turned away from polling stations Thursday morning in a heavily Jewish borough of London.

The voters in Barnet who were not allowed to cast ballots were told their names did not appear on the lists of registered voters, the Jewish Chronicle reported. The North London borough’s council later announced that the polling stations were provided with updated lists and those voters could return to the polls.

Chief Rabbi Ephraim Mirvis and his wife, Valerie, told the Jewish Chronicle they could not return because they were headed to the airport to fly to Holland for a scheduled visit to the Jewish community there. Many others also told media outlets they had come early to vote because they would be unable to later.

Sue Cocker, the Barnet Council’s media manager, told the Jewish Chronicle that the problem had affected all 155 polling stations in the borough. The borough votes overwhelmingly for Tory Party candidates.

Municipal elections took place throughout the United Kingdom on Thursday, including a hotly contested race in London pitting the ruling Conservative Tory candidate, Zac Goldstein, who has a Jewish father but does not identify himself as a member of the community, against the Labour Party’s Sadiq Khan, who is favored to win, which would make him the first Muslim mayor of a major Western city.

Labour, however, is expected to lose dozens of seats nationwide, in part due to a spiraling scandal within the party over allegations of anti-Semitism and racism.

Some 54,000 Jews live in Barnet, making up about 15 percent of the population, The Telegraph reported, citing the national 2011 census.