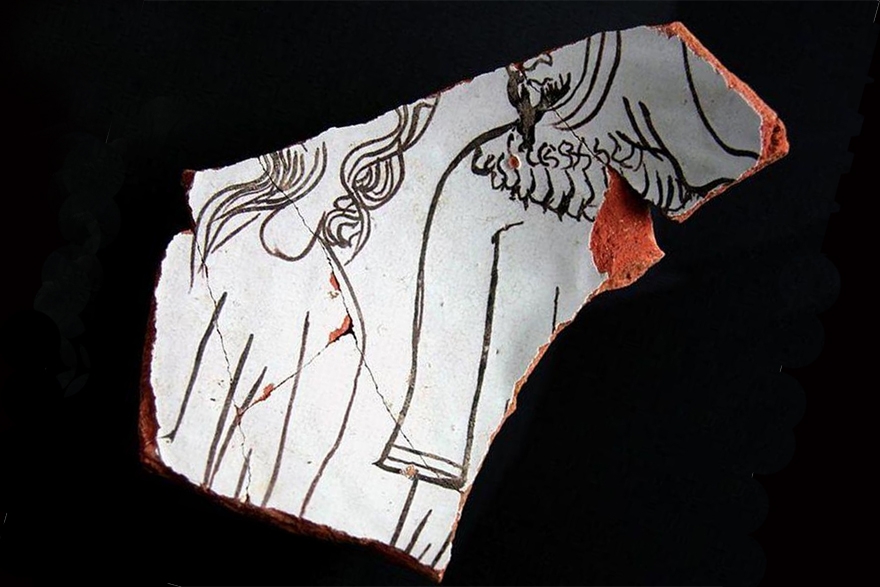 (JTA) — Archaeologists in Spain identified a rare depiction of a Jewish man on a piece of pottery from the 13th century.

The fragment was unearthed in Teruel, 140 miles east of Madrid, in 2004 but catalogued only in 2011 and identified this year by the archaeologist Antonio Hernandez Pardos, who wrote about in this month’s edition of the Sefarad periodical on the history of Sephardic Jews, the Spanish news agency EFE reported earlier this week.

Unusual for pottery decorations from that period, which mostly featured geometric shapes or depiction of flowers, the Teruel fragment shows the lower part of the face of a bearded man wearing a frilled gown that Pardos was able to trace back to Jewish iconography from the period.

The find is particularly noteworthy because researchers have very few depictions of Spanish Jews from the period, with the majority of illustrations being miniature sketches on prayer books, including ones used by Christians.

Tens of thousands Jews were expelled from Spain in the 15th century, when it was still  a major hub for world Jewry, as part of the Spanish Inquisition campaign of persecution led by the Catholic Church and the Spanish royal house.

The research by Pardos suggests the fragment was part of a work performed by the earliest known potters of Teruel, who were possibly commissioned by a Jewish resident of the area.

Pardos said that the archaeological museum of Teruel contains many more boxes of unstudied ruins that were unearthed along with the fragment in rescue excavations that closely predated a massive plan of urban renovation in Teruel in the early 2000s.

“There may be many more surprises” in those boxes, he told EFE.