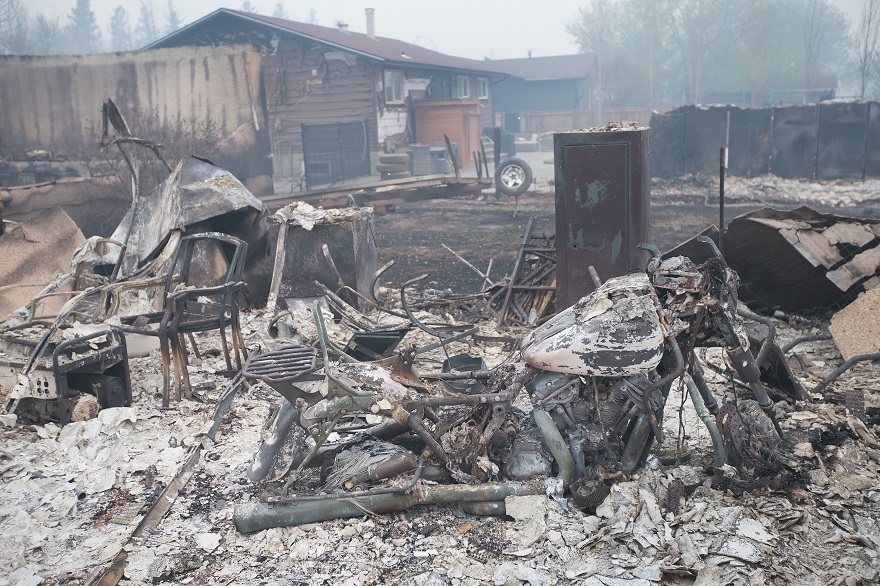 A weeklong wildfire in Fort McMurray, in Canada's Alberta province, has forced the evacuation of tens of thousands of people and caused billions in damages, May 6, 2016. (Scott Olson/Getty Images)
Advertisement

(JTA) — Jewish groups in Canada’s Alberta province have joined the efforts to support victims of the wildfires that have been raging in the area for a week and forced the evacuation of an entire city.

The Calgary Jewish Federation announced it will donate $25,000 from its emergency relief fund to assist the citizens of Fort McMurray, who were forced to flee their homes on May 4 after the Alberta provincial government declared a state of emergency. Some 90,000 people in the city were displaced in the wake of the fires, which have been burning and spreading for the past week.

The Jewish Federation of Edmonton also opened a PayPal account in order to collect donations for those affected by the fires.

Ve’ahavta, a Toronto-based social service organization whose programs include international crisis response, also launched a Fort McMurray relief fund last week, according to the Canadian Jewish News. The group said it would funnel the donations to established groups in the area such as the Red Cross and United Way in keeping with its mandate, the Jewish News reported.

The Israeli humanitarian aid charity IsraAid told the Jewish News that it already had a volunteer on the ground in Alberta to assess evacuees’ needs and would be sending a team to Canada for the first time.

The fire continued to burn on Sunday, a week after it started near Fort McMurray in northeast Alberta a week earlier. The blaze reportedly is moving southeast toward the nearby province of Saskatchewan to an area that is less populated.

Fort McMurray is the center of Canada’s oil sands region, which manufactures about 1 million barrels of crude oil a day. The production was taken offline as of Friday, according to Reuters.

The Alberta government estimated on Saturday night that the fire had so far consumed 500,000 acres, an area the size of Mexico City.