Iran touts successful test-fire of missile that can reach Israel 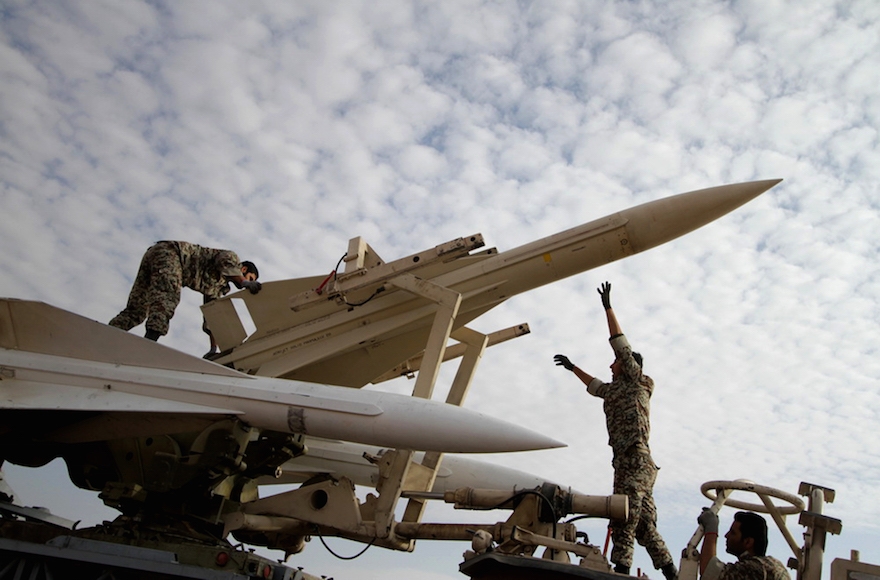 The missile has a range of 2,000 kilometers, or more than 1,200 miles, and a high degree of accuracy, the deputy chief of staff of Iran’s military said Monday in announcing the launch, according to the state-run Tasnim News Agency reported.

The test took place two weeks ago, Brig. Gen. Ali Abdollahi announced Monday at a scientific conference in Tehran, Tasnim reported. Abdollahi reportedly gave no further details, nor did he provide the name of the rocket.

Abdollahi also reportedly said the headquarters of the chief of staff of the Iranian Armed Forces has allocated 10 percent of the defense budget to research projects aimed at strengthening defense power.

Iranian officials have repeatedly underscored that the country will continue to strengthen its military capabilities such as missiles, and that Iran’s defense capabilities will be never subject to negotiations, according to Tasnim.

In March, the Revolutionary Guard in Iran conducted tests of short- and medium-range ballistic missiles, which it said were not capable of carrying a nuclear warhead.

In October, Iran tested a new guided long-range ballistic missile, which may have violated the nuclear deal agreed upon in July with the world powers, as well as a United Nations Security Council resolution that bars Iran from developing missiles “designed to carry nuclear warheads.”