Did Ben Rhodes really dupe the media and the public about Obama’s Iran deal? 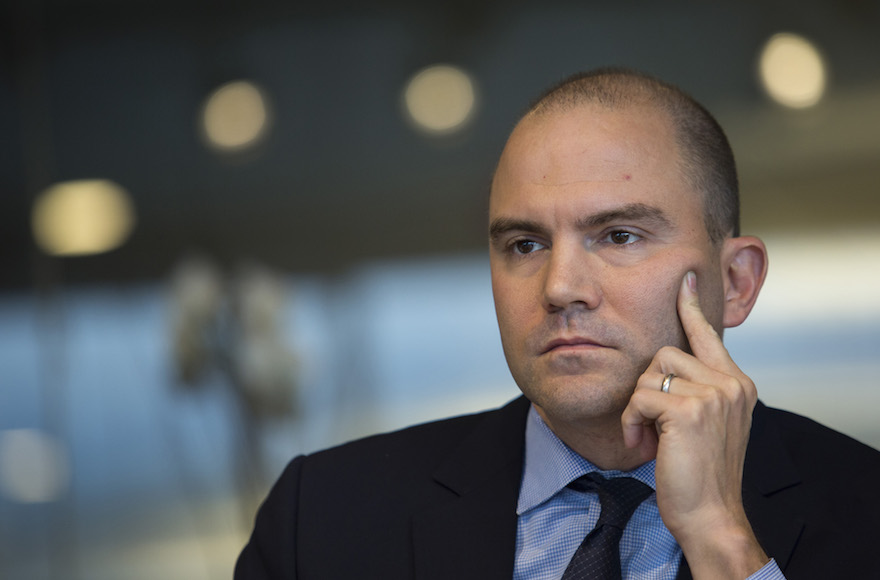 As narratives go, this one was pretty straightforward.

But a profile Sunday in The New York Times Magazine suggests there was a wrinkle to the narrative: Obama didn’t just win. He cheated.

Or more precisely, Ben Rhodes, the deputy national security advisor for strategic communications and speechwriting, who is the subject of the profile, cheated — creating a false but compelling narrative that negotiations with Iran began in 2013, the year after they really did. As writer David Samuels describes it, negotiations that began in mid-2012 took place “many months” before President Hassan Rouhani and other so-called moderates came to power in Iran. Suggesting otherwise was “politically useful” to the Obama administration, he writes.

Iran deal opponents have flooded the internet with cries of Aha! The Rhodes profile confirms that to sell the deal, “it was first necessary to lie to a corrupted and inexperienced American media,” wrote David Reaboi at The Federalist. Lee Smith at the Weekly Standard called Rhodes’ work “a postmodern narrative crafted by an extremely gifted and unspeakably cynical political operative.”

And here on Twitter is Mike Doran of the Hudson Institute:

Key issue is this: Senior WH officials went on the record w/NYT saying that, w/help of supine press, they duped the American people. 2/2

A problem with the profile is that many of the conclusions seem to belong not to Rhodes, but to Samuels, an Iran deal opponent of at least a year’s standing. On April 24, 2015, he even appeared on a Hudson Institute panel called “What’s Wrong with the Proposed Nuclear Deal with Iran?” (So did Doran and Smith, incidentally.)

It’s not clear if some of the quoted statements in the piece back up Samuels’ assertions about the supineness of the media. One controversial passage seems to suggest – it’s hard to decipher – that two prominent journalists were serving the White House. Samuels quotes Tanya Somanader, the director of digital response in the Iran deal war room run by Rhodes, who was known on Twitter as @TheIranDeal:

“People construct their own sense of source and credibility now,” she said. “They elect who they’re going to believe.” For those in need of more traditional-seeming forms of validation, handpicked Beltway insiders like Jeffrey Goldberg of The Atlantic and Laura Rozen of Al-Monitor helped retail the administration’s narrative. “Laura Rozen was my RSS feed,” Somanader offered. “She would just find everything and retweet it.”

What Somanader actually appears to be saying, stripped of Samuels’ loaded context, is that she admires Rozen’s famously thorough reporting and retweeted it. Rozen doesn’t known Somander and was not asked to comment for the story, she told the Washington Post.

Nor was Goldberg, who in a rebuttal to Samuels’ article, published emails from New York Times Magazine editor Jake Silverstein in which he acknowledges as much.

Not to let Rhodes off the hook, he did tell Samuels that he created an “echo-chamber” of experts ready to peddle the Iran deal:

In the spring of last year, legions of arms-control experts began popping up at think tanks and on social media, and then became key sources for hundreds of often-clueless reporters. “We created an echo chamber,” he admitted, when I asked him to explain the onslaught of freshly minted experts cheerleading for the deal. “They were saying things that validated what we had given them to say.”

I can confirm there was a group of like-minded think-tankers and policy wonks who consulted with the White House on the deal, and not just in the three-month period last year described by Samuels, but since 2013. I broke the story in January of 2014.

I found out about the group when I listened in on a couple of calls on condition that I not use names or quote from them. They sounded precisely like calls do when like minds agree, as when Israeli officials and American pro-Israel activists consult. In both cases, I heard a blunt review of the challenges to a shared agenda and the delivery of guidance, not for the perplexed, but for the well-versed.

It wasn’t one side bamboozling the other, but a group of folks who fundamentally agreed figuring out how best to pitch their product.

As Heather Hurlburt, a deal advocate now at the New America Foundation, put it over the weekend in a Blogging Heads appearance, referring to Samuels’ notion that the experts were “freshly minted”: “If you look at the track records of the people and organizations that were speaking out on the Iran deal, they had really pretty much without exception been doing so since 2007. The idea that the White House kind of invented this little army of fake advocates is wrong and insulting.”