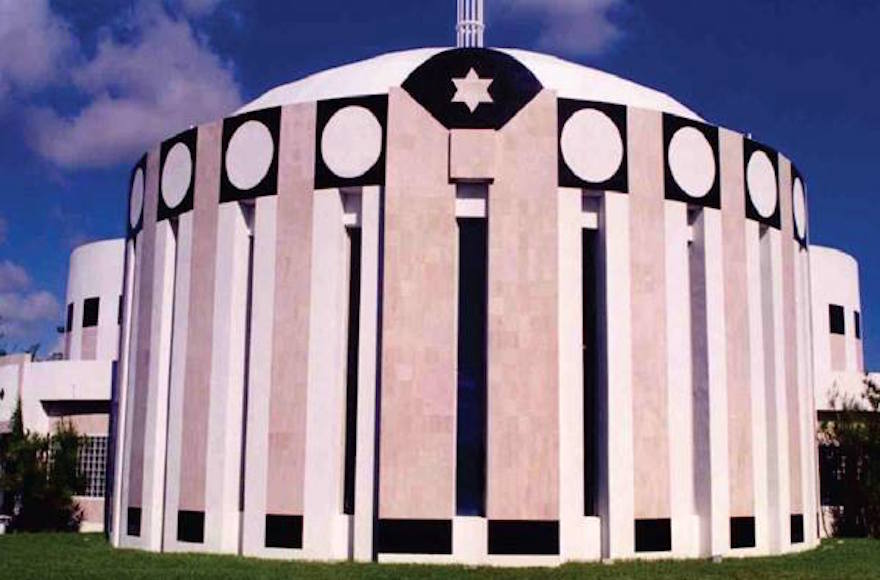 (JTA) — The South Florida man accused of plotting to bomb a Miami-area synagogue was denied bail on Tuesday.

At a bail hearing in U.S. District Court in Miami, the judge ruled that James Gonzalo Medina, 40, is a flight risk and a danger to the community. If convicted, he faces life in prison.

His court-appointed attorney, Joaquin Padilla, said Medina is mentally ill and should be moved to a psychiatric facility, The Associated Press reported.

Medina, a convert to Islam from Hollywood, Florida, was arrested by the FBI on April 29 while approaching the Aventura Turnberry Jewish Center with what he believed was a bomb.

Last week, his cousin Gladys Jarmillo of New York City told the media that Medina suffers from psychiatric problems, attributing them to head injuries sustained in a serious car accident several years ago.

According to Padilla, Medina’s family had him committed to a psychiatric hospital on at least two occasions and believe his illness dates back to childhood.

“He has had mental health issues for a long time,” Padilla said, according to the AP. “This is not a home-grown terrorist.”

Padilla did not identify Medina’s diagnosis.

According to prosecutors, Medina initially planned to attack the 800-member Conservative synagogue and its school with assault rifles on Yom Kippur and was hoping to inspire other Muslims to commit terrorist attacks. He told the FBI informant, “Jewish people are the ones causing the world’s wars and conflicts.”

According to the Sun Sentinel, Medina was recorded telling an FBI informant he was prepared to kill innocent women and children. He also allegedly made several videos before the planned attack on the synagogue, including one in which he said goodbye to his family.

“I am a Muslim and I don’t like what is going on in this world. I’m going to handle business here in America. Aventura, watch your back. ISIS is in the house,” agents reported he said in one of the videos.

Medina has an arrest record in Florida, including misdemeanor domestic violence charges that were dismissed after a mental health expert determined he was incompetent to assist in his defense, the Sun Sentinel reported, citing state court records.