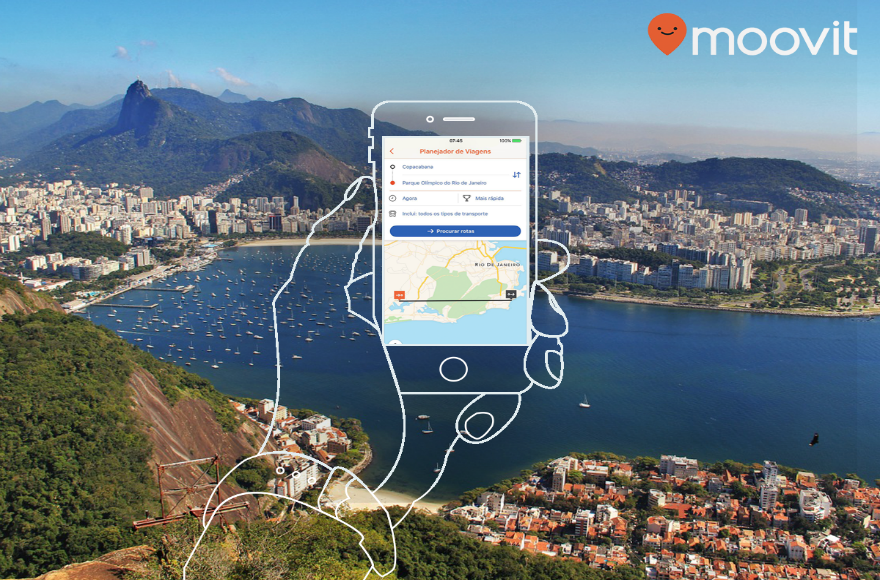 The Israeli app Moovit will guide tourists and local residents to the fastest and safest routes to and between competition venues and also through the entire city of Rio during the Olympic and Paralympics Games this summer. (Image/Prefeitura do Rio)
Advertisement

RIO DE JANEIRO (JTA) — The Israeli app Moovit will guide tourists and local residents to the fastest and safest routes to and between competition venues at the Rio Olympic and Paralympics Games this summer.

Fifty kilometers, or 31 miles, of new lines have been mapped with traffic information in order to make transit during the Rio Olympics smoother. The Israeli startup, dubbed “the Waze of public transportation,” will work based on data provided by the Rio municipality database.

“Our city advances in the use of technology through this partnership, which will allow not only the Olympic spectators but also the whole population to access a multimodal travel planner with real-time information,” said Rio’s secretary of transportation, Rafael Picciani. “This is a great achievement for the Games and will remain as its legacy.”

The Israeli technology will also offer resources to the visually impaired, making screens accessible via a system where the keystrokes can be heard with a touch.

“Contributing to the Olympic Games is directly connected to our commitment to leverage the experience of users when using public transport,” Moovit CEO Nir Erez said. “It’s the perfect opportunity to contribute to Rio by helping solve one of the city’s biggest challenges.”

With over 30 million users worldwide, Moovit is edited by Tranzmate, an Israeli company founded in 2011 and based in Ness Tziona.