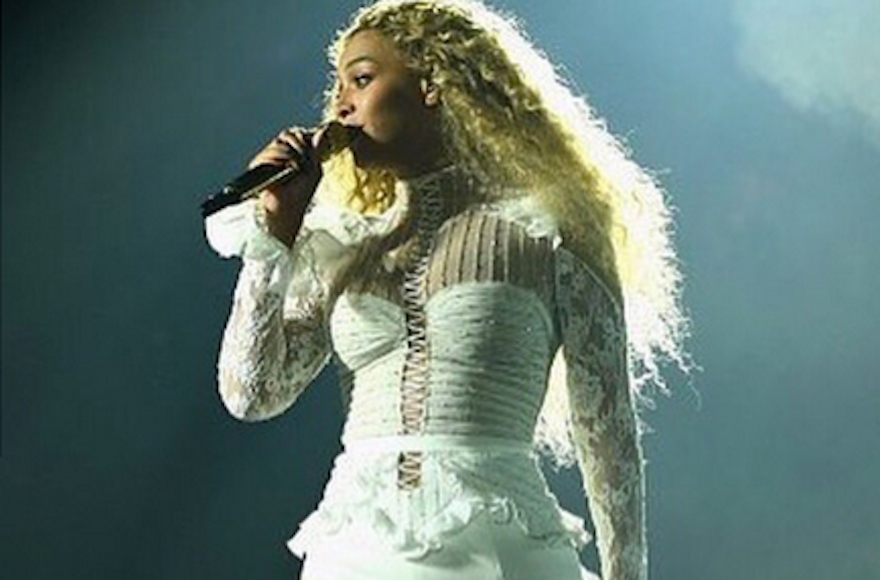 Beyonce on stage in an Inbal-Dror dress during a performance in Houston, Texas, May 7, 2016. (Screenshot from Twitter)
Advertisement

JERUSALEM (JTA) — Beyonce is wearing a line of dresses custom made by Israeli fashion designer Inbal Dror on stage during her new world tour.

Dror, of Tel Aviv, posted photos on her Facebook page and Twitter feed of the performer wearing her creations in a May 7 Houston show for the “Formation” tour, which started late last month.

Beyonce also wore a Dror-designed wedding gown when she presented at the 58th Grammy Awards in February.

For inspiration for the custom-made line, Dror said she drew inspiration from Victorian and tribal influences that are featured in the singer’s music video for her single “Formation,” The Jerusalem Post reported.

She is scheduled to perform in Tel Aviv in August as part of this world tour.