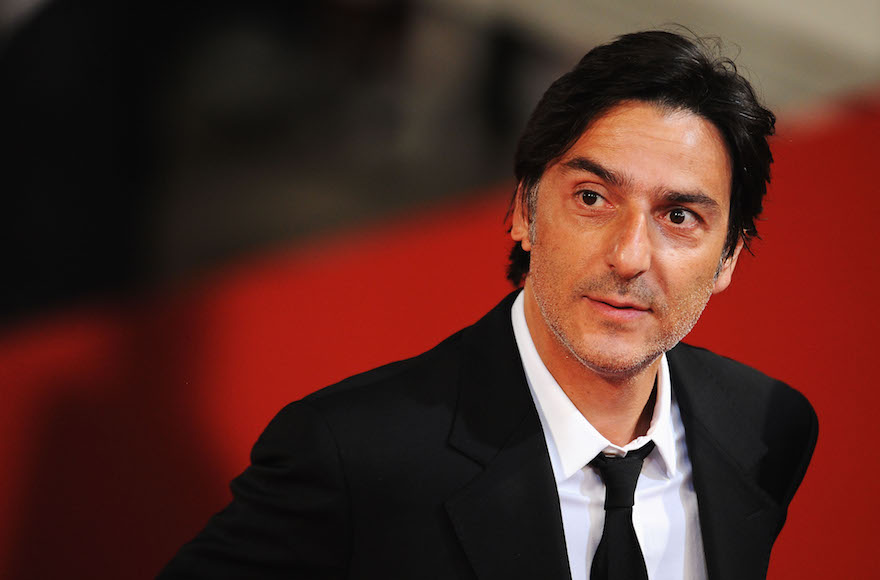 (JTA) — The French film “They are everywhere,” premiering in the fall, will satirize rising anti-Semitism in France.

The film will star Yvan Attal, an Israeli-born actor who starred in “Munich,” Steven Spielberg’s 2005 film about the massacre of Israeli Olympians at the 1972 Munich Games and the Israeli response, according to AFP. The French actress Charlotte Gainsbourg will co-star.

“They are everywhere,” whose English title is “The Jews,” is produced by Wild Bunch Films.

The film is about a Jewish man who begins therapy due to rising anti-Semitism surrounding him in France. The plot switches between Attal’s character at therapy sessions and enduring anti-Semitic incidents on the street. Attal said he has experienced anti-Semitism in France, mostly related to conflict in Israel.

“I was called a ‘dirty Jew’ at school and later I have come up against different kinds of anti-Semitism which marked me out as Jewish,” Attal told AFP. “Most of all it is because of the Israel-Palestinian conflict. People say, ‘You give us such trouble.’ And I say to them, ‘Who is the ‘you’?'”

French Jews have experienced rising anti-Semitism for more than a decade. Last year, terrorists killed four Jews in a siege at a kosher supermarket outside Paris. Last year there were 806 anti-Semitic attacks in France, according to French police, a drop from the 850 in 2014, which featured the Israel-Hamas war in Gaza over the summer.